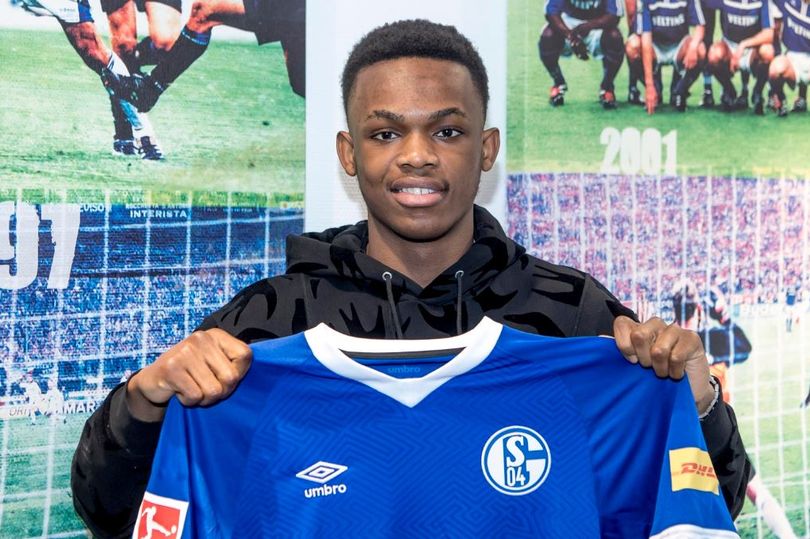 It is not new that reports of Mancitycore have been so concrete that they have turned out to be true. Recently, we had talked about Rabbi Matondo leaving to Germany and being the second youngster to leave Manchester City after Brahim Diaz, who left to Spain and joined Real Madrid.

The 18-year-old midfielder put pen to paper today, signing a £11.3m deal with Bundesliga great, Schalke 04. The player will get £9.6 initial fee and with add-ons it will be around £11m. The Blues will also get 10 per cent of any sell-on for the player.

The Wales international who recently made a debut for his nation had never got a chance to play in Sky Blues shirt and therefore joined Schalke in lieu of senior game time.

The teenager signed a four year contract at Germany. After signing the contract, he said,

“Before coming here I already knew a bit about Schalke 04: Mesut Özil, Ivan Rakitic and Leroy Sané all took big steps in their careers here,”

“As well as that, I had some good chats with the coach and my new teammates only had good things to say.”

“The Bundesliga is a great league too. Schalke 04 is the right decision for my career and I’m happy to now be a part of this club and their future plans.”

Rabbi Mantodo if gets a place in playing XI of Schalke; we will get to see him perform against his youth squad in as early as 20 days of joining i.e on 20th February.

“We are delighted that in the last few weeks we have been able to convince Rabbi that signing for us is the correct decision,” Schalke’s sporting director, Christian Heidel said “We are happy that he has chosen to be part of the future we are planning at Schalke.”

We wish Mantodo luck for his future and may he turn out to be a star, just like Jadon Sancho has been for Borussia Dortmund.