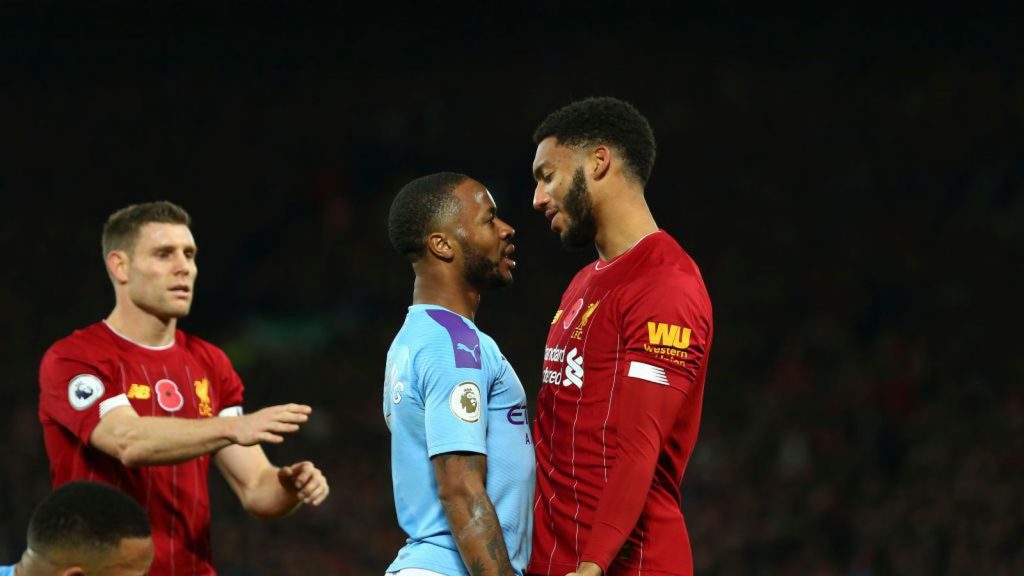 The bruises of Sunday night defeat to Liverpool were still raw in the hearts of Raheem Sterling. The winger was booed the most by the Liverpool fans and was also a puppet to release frustration on by the Merseyside players.

Two of his international teammates, Trent Alexander Arnold and Joel Gomez were seen harassing him on the field with Sterling ending up in a head-fight with the latter while being pushed out by the former.

Sterling when met Gomez on the training field of England could not control his emotion and went down in a fight with the defender. The club rivalry took a toll on their practice session to which Southgate was immediate to react and took a case on Sterling.

The coach has decided not to feature the winger in England’s Thursday night clash against Montenegro.

“We have taken the decision to not consider Raheem for the match against Montenegro on Thursday,” Gareth Southgate confirmed in a statement on Monday night.

“One of the great challenges and strengths for us is that we’ve been able to separate club rivalries from the national team. Unfortunately the emotions of (Sunday’s) game were still raw.”

“My feeling is that the right thing for the team is the action we have taken. Now that the decision has been made with the agreement of the entire squad, it’s important that we support the players and focus on Thursday night.”

Raheem Sterling remains with the squad and may play the Sunday encounter against Kosovo, if he behaves.