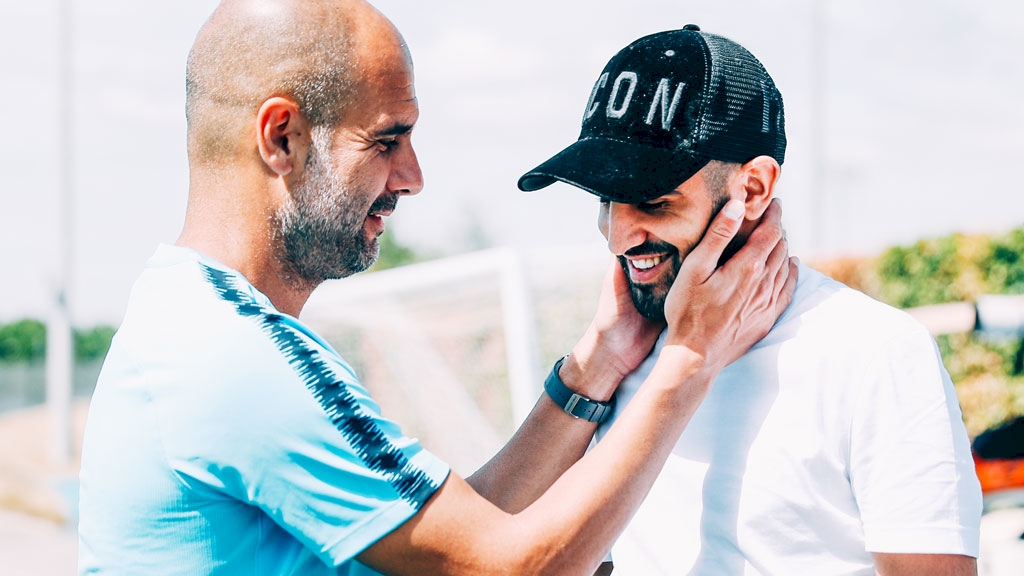 Yesterday, Manchester City completed the signing of Algerian star Riyad Mahrez from Leicester City for £60million, who has penned a five-year deal.

Riyad Mahrez in process became as the most expensive African player, though Mahrez insists the record price tag does not weigh too heavily on him and backs himself to succeed under Pep Guardiola.

“What they did it was amazing,” he said. “They broke all the records, unbelievable, but I never thought about that.

“I’m very confident about myself and I hope to help this team to improve.”

Manchester City were after Mahrez’s signature since last summer and the deal didn’t materialize after coming very close in January. Mahrez says maybe he waited too long to leave Leicester after claiming Premier League title in 2016.

Asked if he should have left sooner, he said: “Maybe but it happens like this.

“If I moved sooner, maybe I would have been happy – now I’m happy to be here, the most important thing. I don’t want to talk about the past.”

“Now we have to work and see what can happen.”