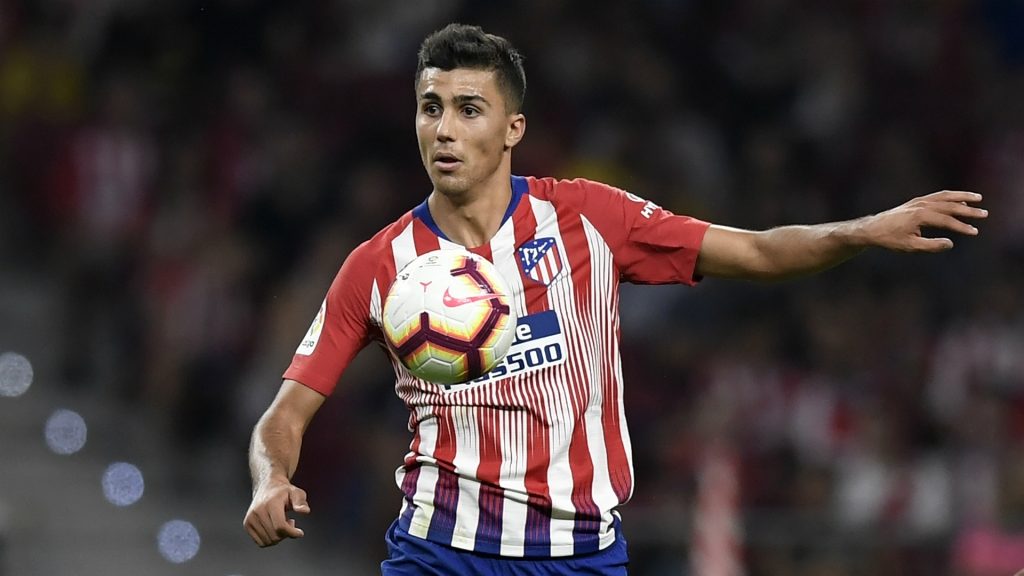 La Liga giants Atletico Madrid have all but confirmed that Rodri will be leaving the Wanda Metropolitano Stadium this summer after handing new arrival Marcos Llorente the number 14 jersey at the club.

Llorente made the move from Real Madrid to Atletico Madrid earlier this month in a €30 million transfer deal which will keep him at the other side of the city on a five-year deal. The 24-year-old midfielder was considered as surplus to requirements for Zinedine Zidane’s Los Blancos and was lacking regular football.

The Spanish star did not make more than 39 appearances for Real Madrid throughout his career and ended his near decade long association with Real Madrid. But before his unveiling at Atletico Madrid on July 1st Llorente was handed the number 14 jersey, the same one which was previously worn by Rodri the last term.

At the press conference, Llorente said that he is excited about the new chapter in his life and thanked a few close personal, “I want to thank Enrique, Miguel Angel, Andrea Berta and the club for betting on me, for trusting me and letting me be part of this great project. I’m very happy and excited; I cannot wait to start this”

However, this now proves to be the end of the road for Rodri’s journey as an Atletico Madrid player. The 23-year-old midfielder wore the number 14 jersey last season when he made 45 appearances across all competitions for Diego Simeone’s side scoring three goals as well in the process. The Spanish international Rodri joined Atletico last season from Villarreal in a €25 million deal and still, has four years left on his current deal with the Rojiblancos which looks unlikely that he will see out.

Bundesliga giants Bayern Munich and Premier League champions Manchester City have been associated with potential moves for Rodri but the Blue half of Manchester is closely linked with a £63 million move for the deep-lying Spanish midfielder and are reportedly winning the race. Pep Guardiola wants to work on his championship-winning squad to add more quality and Rodri could be on his way to England over the next few days to finalize his move.