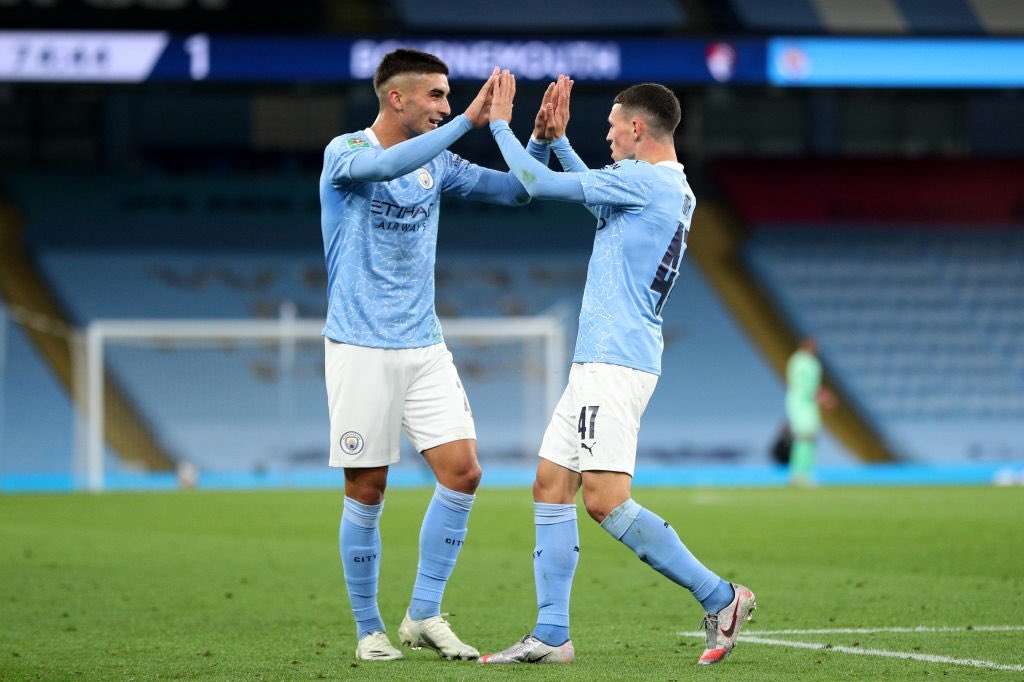 Pep Guardiola now has a plethora of emerging young talents at his disposal, setting the path for the reigning Premier League winners to enjoy a sustained era of on-field success – likely beyond the Catalan coach’s tenure at the club.

Telegraph recently updated their list of the top-30 young players presently playing in European leagues, and Manchester City is represented by two youngsters in a star-studded lineup.

The list of the top-30 players in European leagues, dubbed ‘Project 2000’ by the British publication, includes players from some of the continent’s most prestigious teams, like Barcelona, Borussia Dortmund, Liverpool, and Manchester City.

Ferran Torres and Phil Foden of Manchester City are both featured in the top-30 for Pep Guardiola’s side, with the latter earning a top-five position in the final list. It is still too early in the 2021/22 season, and sports betting enthusiasts on 12bet, will be keeping a close eye on emerging talent. There will be betting opportunities for matches across different leagues in Europe, and 12bet will bring hundreds of markets for customers around the world.

It is no surprise that Phil Foden is ranked at a respectable 3rd, and the Telegraph explains “Left-wing, right-wing, false nine, central midfield. Wherever Foden plays, he impresses. The rising star of English football is already one of the most watchable players in the world.”

At 14th place, according to the Telegraph, “Torres has offered a regular goal-threat for arguably Europe’s best team. When he plays, he tends to score. The challenge now is for him to find a way of playing more regularly in a team of City’s attacking depth. He is deadly in front of goal for Spain.”

Phil Foden was recently given a long-term contract extension at Manchester City, with the club clearly intending to build their future around him in a deal that would keep him at the club until 2027, with his earnings quadrupling if he accepts the new conditions.

His rapid ascent under Guardiola owes a great deal to his commitment to the club, which he demonstrated by sticking at the club despite the continual influx of players to the blue half of Manchester.

While Jadon Sancho moved to Borussia Dortmund and continued his quick rise at the Westfalenstadion, Foden struggled for a spot amongst Kevin De Bruyne, David Silva, Raheem Sterling, and Riyad Mahrez.

Despite stiff competition for opportunities, which also includes summer acquisition Jack Grealish, Foden is important for both club and country now and in the future.

He is not just clearly one of Europe’s finest young players, but he is also establishing his status as England’s best young player since Wayne Rooney debuted over two decades ago.