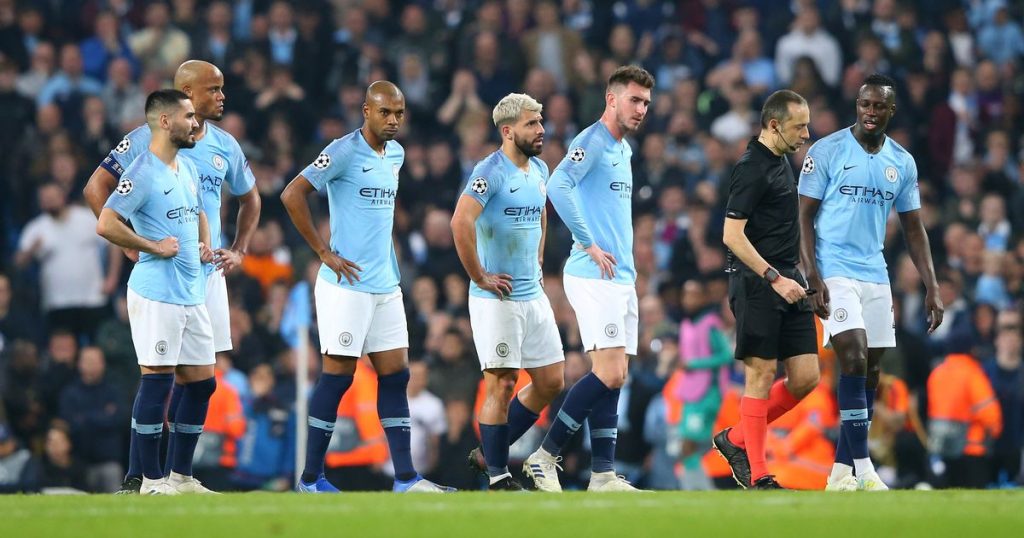 The main footballing story over the past ten years has been the rise and rise of Manchester City. Once an also-ran in the Premier League and for whom playing in Europe was even beyond the wildest imagination, City have established themselves as a super club and have etched their names among the elite.

Gone are the days when the passionate and ardent fans of City had to wait until the final weeks of the season to see if their side will be in the English top flight or not the following the campaign. Gone are the days when it was a given that big teams such as Manchester United, Liverpool and Arsenal would walk over them at their own stadium and pick up three easy points. Gone are the days when Manchester United were the bigger club in the city – a new football finance study suggests that it is City, and not United, who are the most valuable club in the Premier League with worth at a whopping £2.364 billion. The Blue Moon has well and truly risen.

True, City have had a lot of investment, perhaps more than others in the Premier League, but money does not necessarily buy you success or trophies. Just take a look at Manchester United’s recent problems. In recent years, the likes of David Moyes, Louis van Gaal and Jose Mourinho all have been handed truckloads of money to splash on players, but the Red Devils cannot even finish in the top four, let alone challenge for the Premier League title.

What City have done with their money is invest wisely, not just in players, but in the entire footballing system at the club. The City academy is arguably the best in England – at least in terms of in fracture and resources – Pep Guardiola is one of the best managers in the world, and Txiki Begiristain is one of the best footballing minds from a sporting and financial perspective. City have spent bucketloads of money, but unlike some of their rival clubs in the elite bracket, they have been methodical and have had a concrete plan.

Despite all the success City have had since 2008 – they have won the Premier League title three times, the FA Cup once, the EFL Cup on four occasions, and play arguably the best football on the planet at the moment – they have failed to win the Champions League. The Citizens have consistently progressed to the latter stages of Europe’s premier club competition, but the Premier League club have not yet advanced to the final.

Some fans may show apathy towards the competition, which is reflected in the number of empty seats at some of their Champions League matches, but it cannot be brushed under the carpet that, like Paris Saint-Germain, City have been a failure in the Champions League. Perhaps even more embarrassingly for City, Tottenham Hotspur, who did not sign any players in the summer of 2018 or in January 2019, have reached the final of the Champions League this season, with Oddschecker finding them at a best price of 3/1 with bookies to win the trophy.

It is hard to pinpoint the exact reason why they’ve fallen short. City do have a strong team, and over the years, their players have amassed a lot of experience at the highest level. The likes of Vincent Kompany, David Silva and Sergio Aguero have been part of City’s journey for years, while Yaya Toure and Samir Nasri also played their roles. These players are world-class footballers – or at least were for a period of time when they were at the Etihad Stadium – yet City still failed in the Champions League.

Perhaps collectively, the City players lacked that spark and the know-how in Europe that big clubs such as Real Madrid, Juventus, Bayern Munich and Barcelona have. But should the manager not be taking responsibility for that? Should the manager of the team prepare his players in such a way that they compensate for their lack of collective experience in Europe’s biggest club football competition?

City have not always had the luck of the draw. Guardiola’s side were knocked out by Spurs at the quarter-final stage this season after VAR ruled out a late goal for the Citizens, while last campaign, it was Liverpool who booted them out quite convincingly. Back in 2011-12, Napoli and Bayern Munich were in their group, while in the following campaign, Real Madrid and Borussia Dortmund filled out the other places.

Perhaps Guardiola himself needs to find a way to win the Champions League. True, he may have been a huge success in the competition when he was the manager of Barcelona, but he could not guide Bayern Munich to the final during his three years at the Allianz Arena. It was Klopp who out-thought and outfoxed him last season in Europe, while in 2016-17, it was AS Monaco who showed them up. City may have won the Premier League this season and may win the one after and the one after that, but the Citizens have to get their hands on the Champions League trophy at some point in the very near future – their white whale – for the club’s owners’ vision to be truly realised.