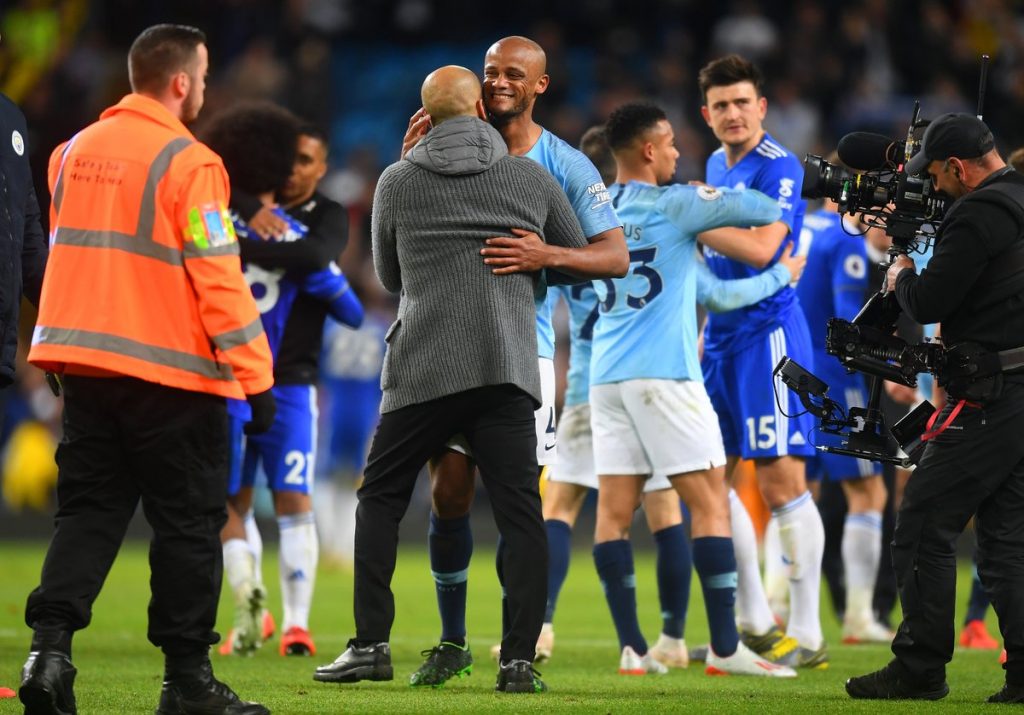 Belgian center back Vincent Kompany is leaving Manchester City at the end of the month but has admitted that Mikel Arteta is the first in line to succeed current City boss Pep Guardiola.

Pep Guardiola is breaking records galore at Manchester City and writing his name into the history books with the team that he is building in the blue half of Manchester. The Citizens became the first club ever to complete the domestic treble of the League Cup, FA Cup, and the Premier League and are tipped to be the greatest side ever to grace the sport.

However, there will be a time when Guardiola’s tenure at the City of Manchester Stadium will end and there needs to be an appropriate candidate to pick up where he leaves his legacy.

After 11 years at the club and winning several accolades including four Premier League titles, Four League Cup’s and two FA Cups 33-year-old Vincent Kompany has decided to return to RSC Anderlecht as the club’s player/manager where he first started off his professional playing career.

When asked by reporters whether he would like to return to Manchester one day to coach the team he will leave as a legend, he replied by saying that there is one person ahead of him in line and that is Mikel Arteta.

The 37-year-old Spaniard has been Manchester City’s assistant coach and Guardiola’s number two since 2016 and Kompany was full of praise for Arteta and even Guardiola,  “Let me start with this. Let City be City under Pep, which is an awesome club. And behind Pep, there is Mikel Arteta, who has a lot of knowledge and is the right man to look at.”

Kompany went on to put his future in a bit of a cliff hanger as he explained, “I will be as driven as Pep. Will I be as good? We’ll see.”