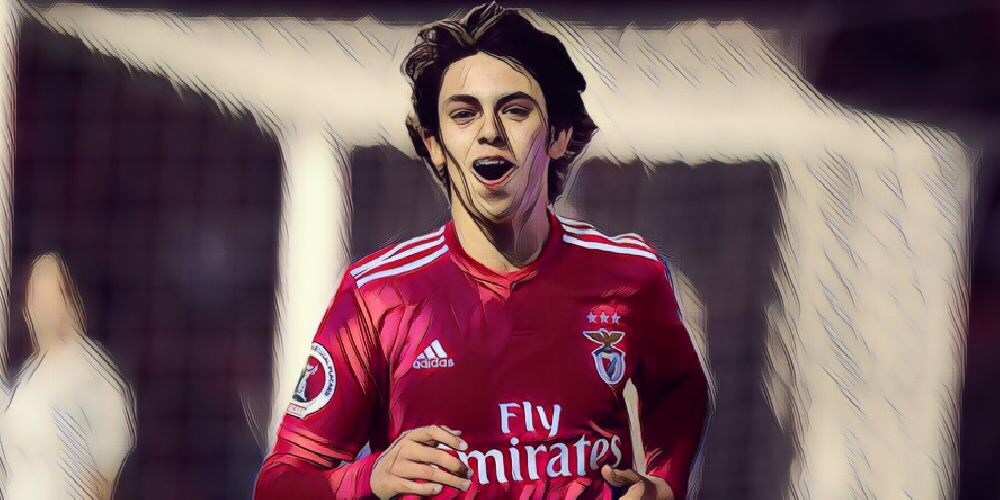 Though Manchester United have ceased their interest in the Benfica striker, we face a tough competition from signing Felix. The Bluagrana’s are looking for a Suarez replacement and have therefore shown a lot of interest in Felix.

So who he exactly is?

The 19-year-old attacking midfielder from Benfica who has also featured in U19 international for Portugal had a dream of a season. Playing as a marquee for Benfica, the youngster scored 20 goals in Portuguese top-flight.

The best part being his match winning goals in two Lisbon-derbies against Sporting. The youngster also proved to be constructive against FC Porto where his goal proved to be title-winning.

The striker has a £120m release clause attached under his belt which may rise to £200 given the interest being shown on him by big clubs of Europe. Having said that, Manchester City are ready to bid heavily.

Where would Joao Felix fit into an already deep squad?

Here’s a bare view on how Benfica super kid may fit into the Sky Blues of Manchester. We may have a squad that does not require to be tailored but a new talent is necessity to being in enthusiasm and new spirit.

The versatile striker can play as a second striker, a midfielder or even as a winger. Having said that, he has a lot of spaces to feature. For instance, we may see him featuring in the midfield alongside two o our experienced midfielders, be it David Silva, Gundogan or Kevin De Bruyne.

With his ability to play as a winger, we may also see him featuring with Sergio Aguero either with Raheem Sterling or his enchanting country-man Bernardo Silva. And as a striker, God forbid if Aguero has to miss a few matches, Joao can step up as center-forward.

But mainly, we would see him bolstering the attack by sitting behind the front three of Raheem Sterling, Sergio Aguero and Bernardo Silva.

It would a big command by City to sign Felix demonstrating their intent to compete the Champions League.