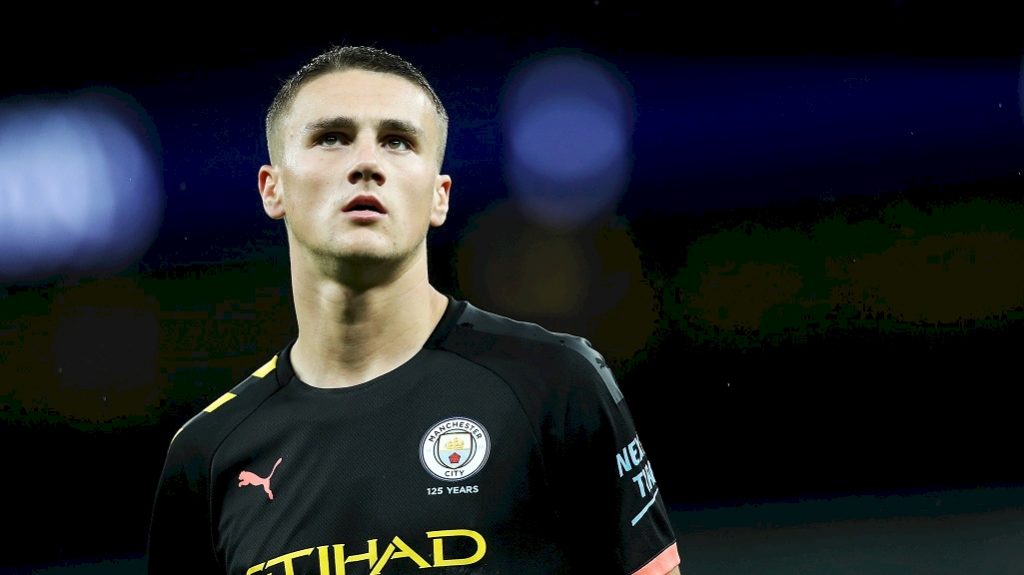 Manchester City’ woe over the loss of Aymeric Laporte may come to an end. The Champions have had a huge loss in the injury of Laporte which was eminent in the game against Norwich City. The Champions, however, have found a replacement in Taylor Harwood-Bellis.

Taylor Harwood-Bellis is a muscly central defender with adequate prowess in skills. Taylor, a native of Stockport has risen to immense height in recent years, particularly the pre-season of this year.

Growing up in the academy stages of Manchester City, Taylor has been a part of Sky Blues since he was six. He was also a chief constructor in the U-18 tournaments for the club and also their entry to finals of FA Youth Cup.

Come the injury of Laporte, this had to happen. Taylor Harwood-Bellis, a part of Guardiola’s pre-season tour has been called by the Spaniard for replacing the likes of Frenchman against Preston in League cup. The 17-year-old had a big influence on Guardiola and will make his senior debut for City as Pep Guardiola rings the changes for our trip to Deepdale.

The defender is joined by 18-year-old Eric Garcia in central defence, with Angelino at left and Joao Cancelo also making his full debut for the Blues.

Taylor’s height, 6 ft 2, is an inevitable asset for the youngster which makes him aerially dominant. The strength and physique that he possesses is intellectually mastered by his calmness on the field.

Like Eric Gracia, it may not be long that we see Taylor sitting on the bench. Talking about Taylor, Guardiola had said:

“Fernandinho can play holding midfielder but he can help us at the back – we have the three central defenders plus one or two from the academy,” he said.

“Taylor, I was impressed, I didn’t know him very well but in pre-season in China Taylor was so good.

“But Fernandinho has all the qualities to play there, he helps us a lot, strong in the air, going forward and backwards, he can play in that position. We have very good holding midfielders.”

Taylor with his physique and build up can prove to be a hefty option for Guardiola in the heart of defence. And with Taylor available, the likes of Fernandinho will not have to swap with their original positions.