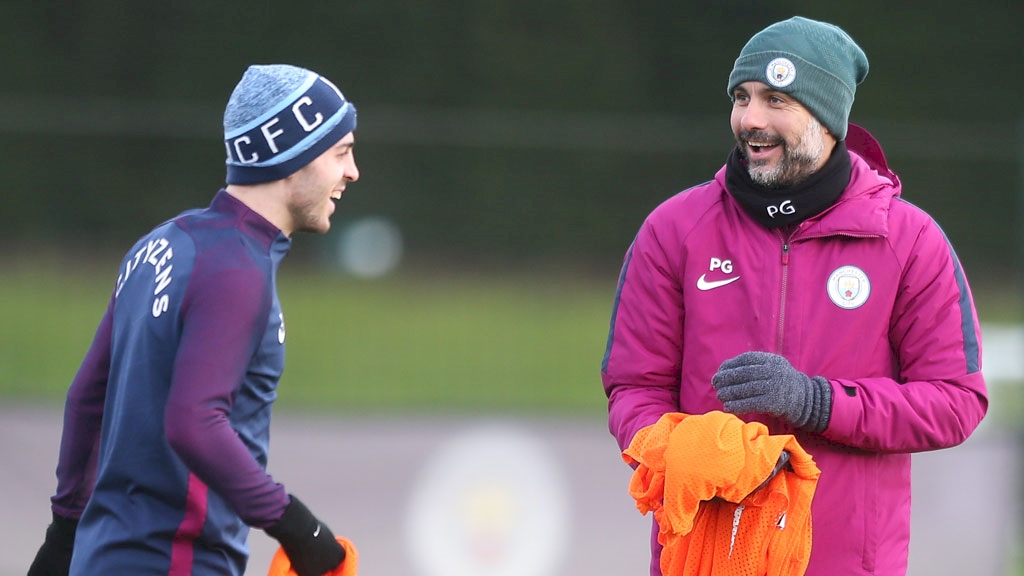 “I don’t know when he’ll be ready to play – the first step was to make one or two weeks of training alone – but today will be his first training for the team.”

Left-back Benjamin Mendy is still out. Claudio Bravo could return in last line of defence for Manchester City’s FA Cup fifth round tie.

Paul Cook: “We’ve got a fantastic stadium and the support inside it will make it a really good atmosphere, that’s a guarantee.

“Everyone can look forward to a good night of football.

“Football has a funny way of sending out shock results and our belief on Monday night must be that we can win the game.”

Pep Guardiola: “Of course I am concerned because I saw Wigan’s game against Bournemouth.

“I think every season in the FA Cup there are a lot of surprises but the players need to not think about next Sunday’s final and need to prepare for Monday as well as possible.”