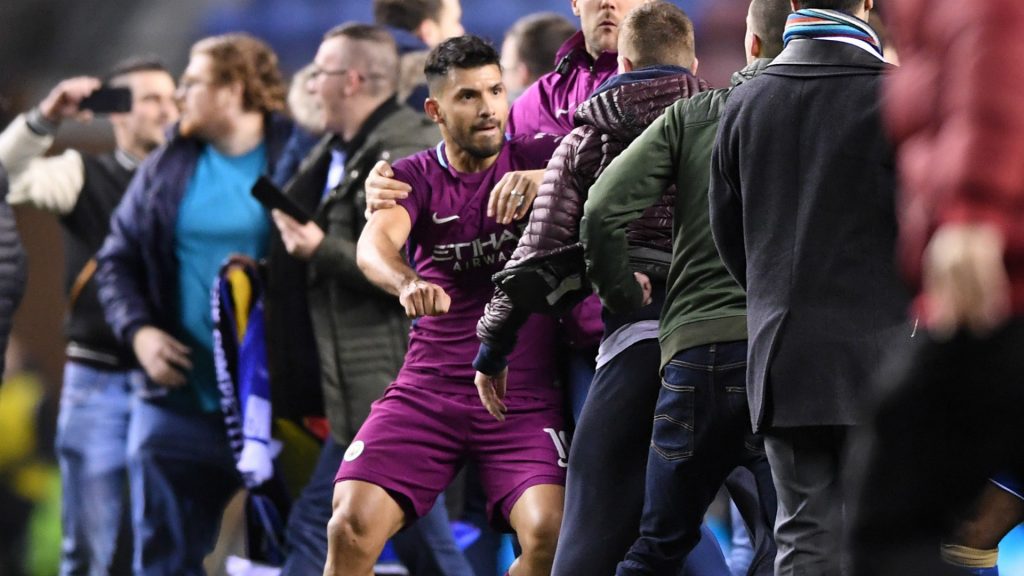 Television footage showed one of the Wigan supporter approaches Sergio Aguero from behind to say something, The Argentine appearing to hit out at a man in a green jacket.

The supporters at DW Stadium were seen throwing out objects including an advertising board at police and stewards from the end housing the away fans.

Wigan chairman David Sharpe told BBC, “The emotions of football can sometimes get the better of fans and that was evident last night. I don’t like to see what happened at the end of the game.

“We’ll have to look into it properly with the FA and the authorities over what was going on, but it looks like both City and Wigan fans weren’t being too pleasant to each other, and there was damage to the stadium.

“But that can be emotion of supporters sometimes. Things can get carried away. We’ve got to remain classy in certain situations and that’s the feeling we’re taking from last night.

“I don’t think it will detract from our victory – not one bit. I think people know how football is and what fans can do in a certain moment, they can get carried away.

“I think the main story is Wigan beating Man City, who were on for the quadruple. They’re favourites for the Premier League, the Champions League – and a League One club has just knocked them out of the FA Cup.”

Grigg breaking the deadlock in 79 minute scoring the only goal of the game book a quarter-final tie against Southampton.