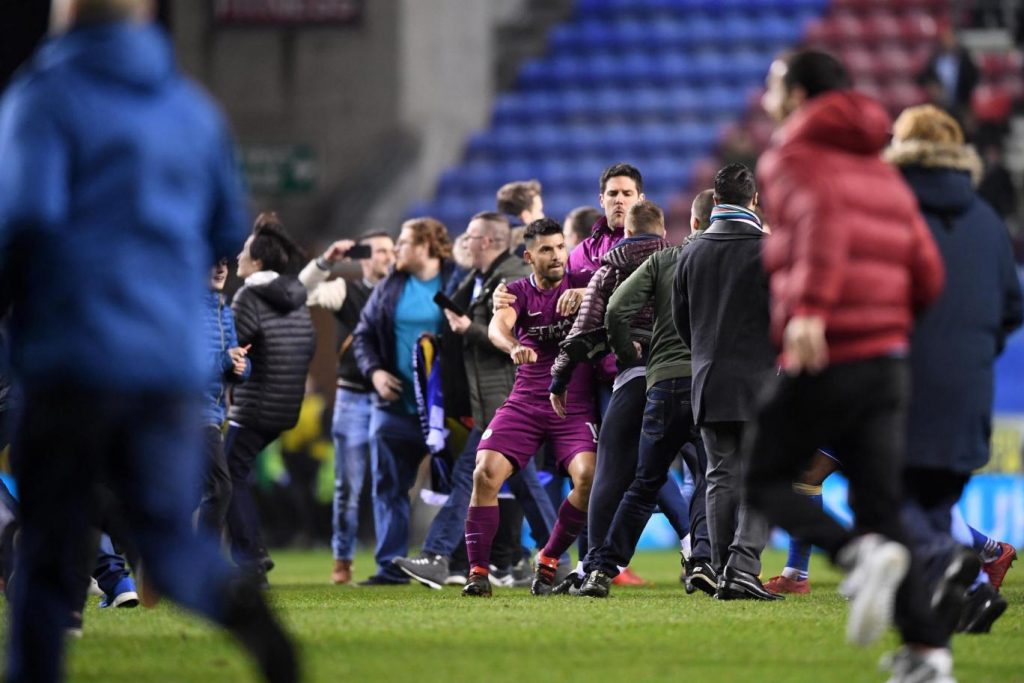 The Football Association confirmed Sergio Aguero will not face any action, but both the clubs Manchester City and Wigan Athletic have been charged.

But both the clubs have been charged with failing to control their players in Monday’s FA Cup match.

“Both Wigan Athletic and Manchester City have been charged for failing to control their players in relation to the dismissal of Fabian Delph during last night’s Emirates FA Cup fifth round tie. 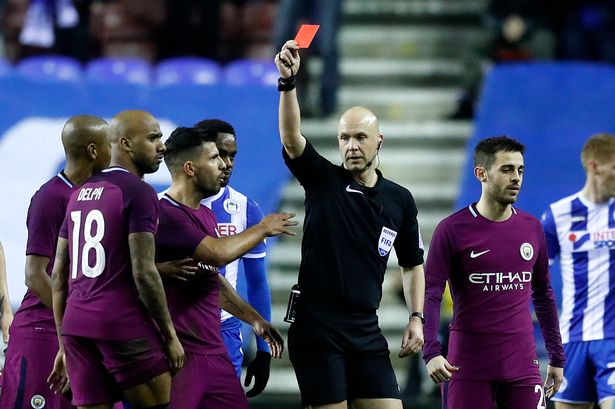 “In addition, both clubs have been asked to provide their observations following the crowd trouble at the end of the game and have until Monday 26 February 2018 to respond.”