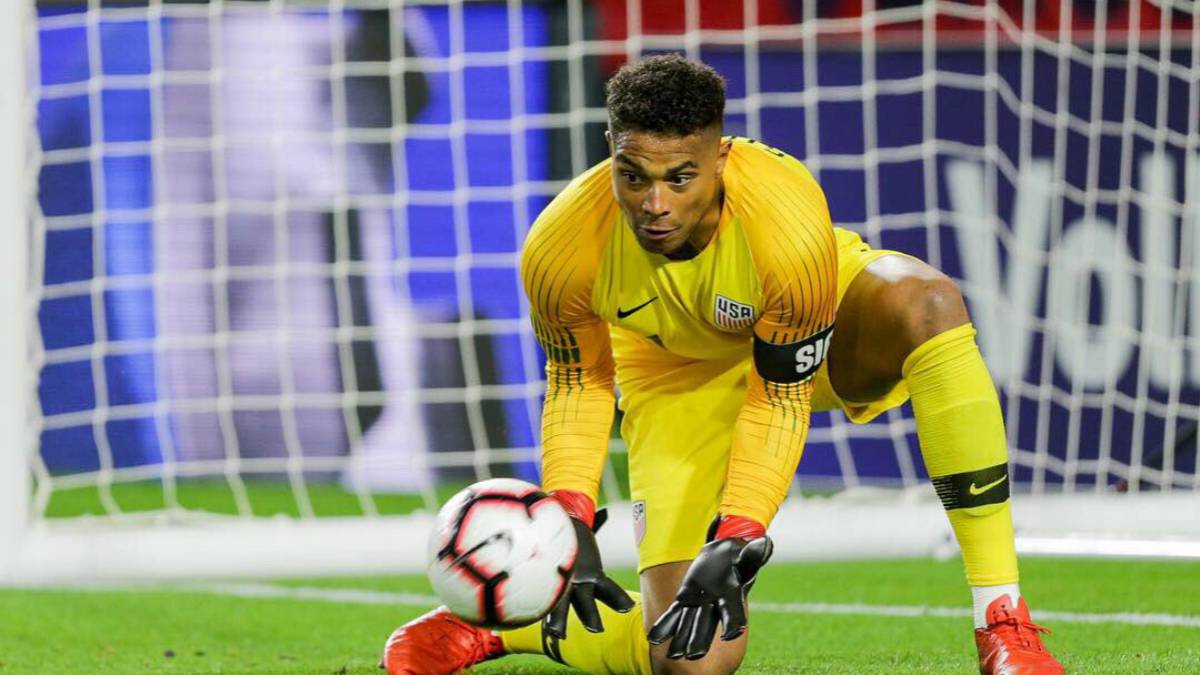 Zack Steffen is all set to take over Claudio Bravo’s seat as Manchester City’s back-up goalkeeper going into the new season.

The 25-year-old United States goalkeeper spent the ongoing campaign in Germany with Fortuna Dusseldorf on loan. After an impressive first half of the season, he missed on the second half with a Patellar tendon problem.

Steffen has spent his early senior career days in Germany with SC Freiburg for about eighteen months before returning home with Columbus Crew. In summer of 2019, Manchester City brought him back to Europe for a reported fee of around €7 million.

He did not immediately qualify for a United Kingdom work permit and was loaned out to Fortuna Dusseldorf. Having made his name between the woodwork in Germany in the first half of the season, he returned back to U.S. owing to injury problems and with multiple clubs trying to bring him to Bundesliga – he has qualified for a work permit for the United Kingdom and will join Pep Guardiola’s side as the second-choice goalkeeper behind Ederson.