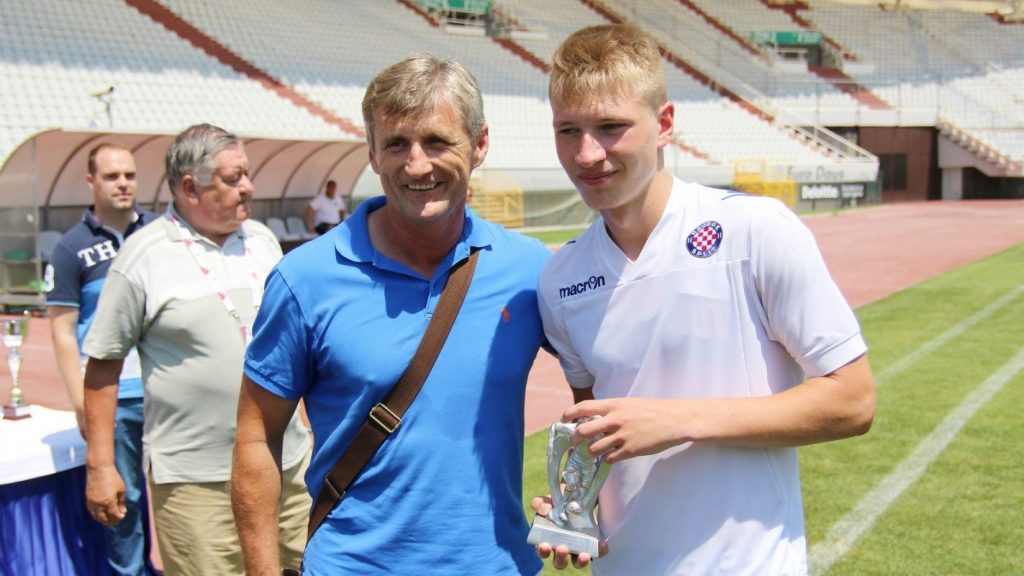 Ante Palaversa, an 18-yer-old Croatian midfielder from Hajduk Split is reported to be undergoing a medical test with Manchester City.

The player is being signed for speculated price range of £5.5 million to £7million. City had been pursuing a permanent deal for the whole of January, and to sign a long-term replacement of Fernandinho will give them some relief.

Ante Palaversa’s Manchester City medical is scheduled for today. Hajduk will receive a minimum of €6m (€4.8m base fee) which could reach €9m. He is the third biggest sale in Hajduk’s history after Kalinic to Blackburn (2009) and Vlasic to Everton (2016). [Slobodna Dalmacija] pic.twitter.com/5lwrX6KFWJ

Sky Sports report that Palaversa will sign a four-and-a-half-year contract with the Sky Blues after successfully undergoing a medical test at Manchester City’s training ground.

After completing all the formalities, the Croatian midfielder will travel back to his present team Hajduk Split on loan and play till the end of this season which will also help him gain ample experience in senior level.

Ante Palaversa doing a medical with #ManCity today ahead of signing a four-and-a-half-year deal and is likely to be loaned back out #MCFC https://t.co/Bt4eMtfabU

The Croatian U19 captain is a regular for Hajduk Split and has already shown signs of leadership and commitment.

While City is on the brink of losing a young talent in Rabbi Matondo to Schalke, here they are signing another youngster for a 4 and-a-half year deal. This is City’s second signing of the transfer window after signing Japanese defender Ko Itakura who was loaned to Dutch side FC Groningen for the remainder of this season.