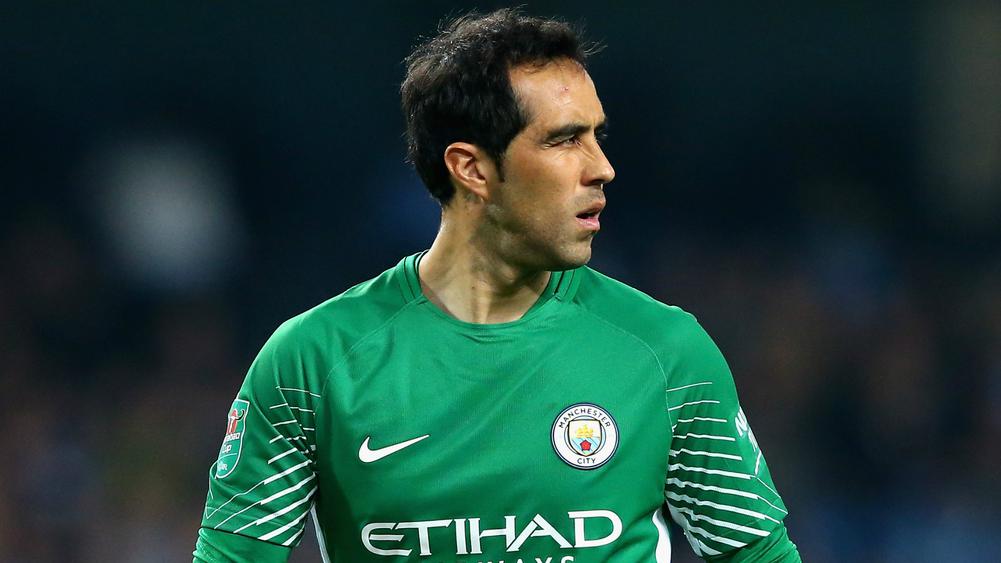 Manchester City backup goalkeeper Claudio Bravo sustains Achilles injury while training and is expected to be sideline on a long term.

The Chilean keeper underwent scans this afternoon which have confirmed a rupture in the tendon of his left foot.

He will fly out to Barcelona for further tests on Thursday where the extent of the injury will be examined.

Everyone at Manchester City wishes Claudio a speedy recovery.

Claudio Bravo could be out for the entire season after suffering an injury in training today. [@polballus]

Bravo suffered an injury to his Achilles tendon. [@10JoseAlvarez]