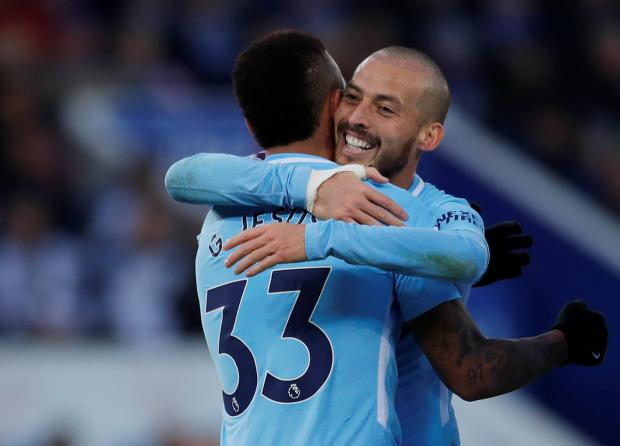 Since joining in 2010, David Silva has been integral in The Blues success.

The Spaniard finally extends his contract until the summer of 2020, the Premier League leaders made it official on Thursday.

The 31-year-old is one of the key player whose performance can decide where the game goes. David Silva tabled eight assists in fourteen appearances so far this season.

“I am so happy to have committed my future to City,” the 31-year-old told the club’s website.

“I am incredibly proud of what I have achieved at City in my seven-and-a-half seasons here and with Pep in charge, I feel we are in a great position to win trophies this season and beyond.

“The style of football we are playing is a pleasure to be a part of and I look forward to winning more titles in the years to come.”

Txiki Begiristain City’s Director of Football said on Silva’s contract extension: “We are very pleased with this announcement

“Not only has David Silva been central to the Club’s success over recent years, he remains one of the team’s key players.

“He has shown again this season that he is the best creative midfielder in English football and he will be very important in developing our talented young players in the coming years.”

Pep Guardiola side are on a 19-game winning streak across all competitions and now will welcome West Ham United on Sunday.

Who would have imagined back then.😅Very happy to continue my career in this big club.Thanks to all the fans for the amazing support. pic.twitter.com/CzmqnLCppa