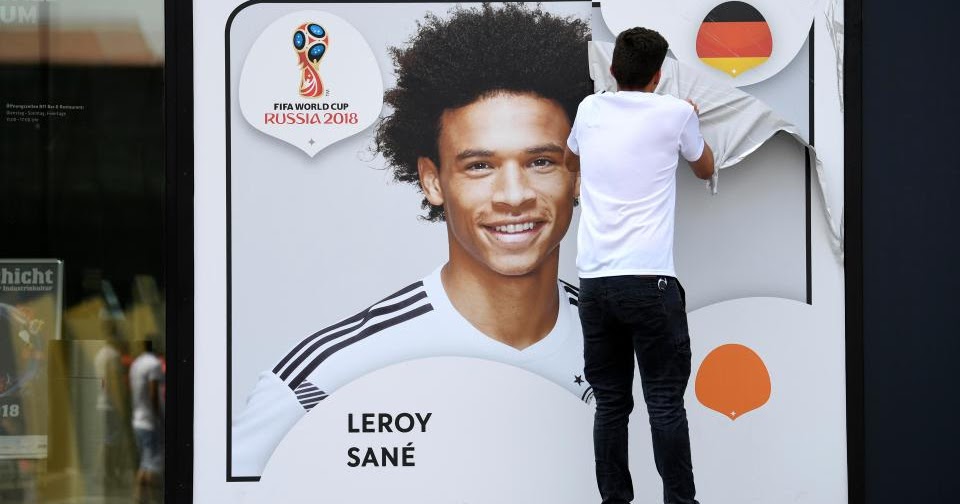 Things get worse for Leroy Sane after Germany have opted to leave out Leroy Sane from the 23-man-squad travelling to FIFA World Cup in Russia.

But it looks like this decision might backfire Joachaim Low after Mexico stunned Germany to the shock of the whole world with lack of wing-play on the Germany side.

Leroy Sane had an impressive 2017/18, helping Manchester City clinch Premier League title comfortably. The PFA young player of the year was one of the shining stars last season, scoring 14 goals and assisting 19 in all competitions.

Julian Brandt, the 22 year-old youngster beat Sane on the plane to Russia, though in numerical terms Sane appears to have better season compared to Brandt’s 12 goals and 9 assists for Leverkusen last season in all competition. 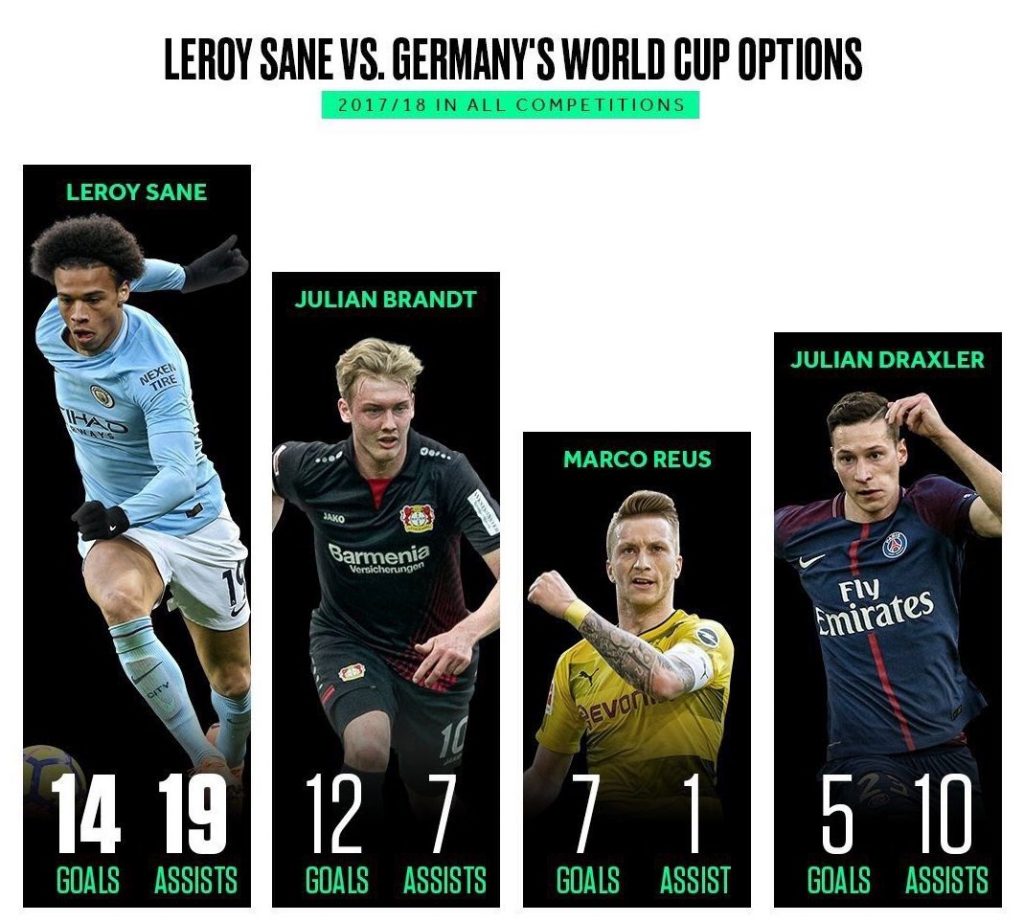 Leroy Sane was forced to miss out on Confederations Cup with nose injury. It looks like both the Julian’s have made an impression under Joachim Low and would provide Germany something that Leroy Sane couldn’t (Germany’s squad selection replicates the statement).