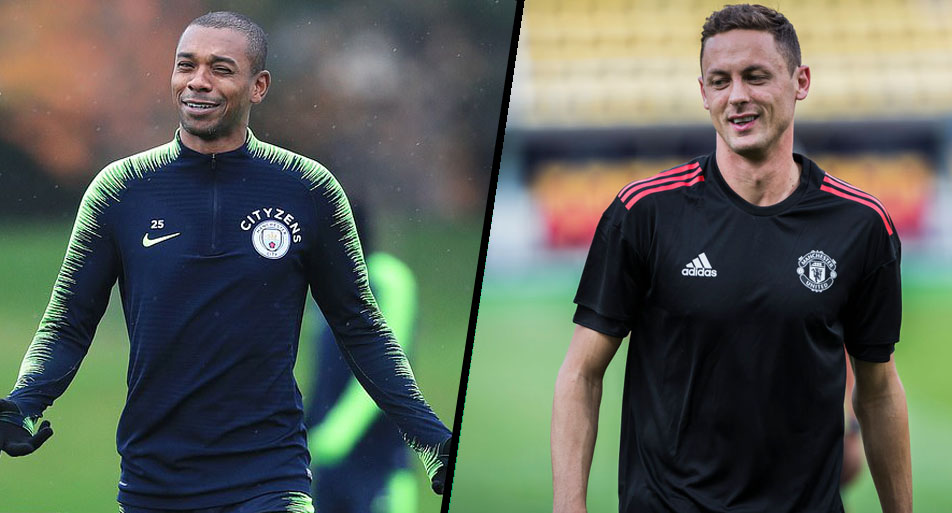 The arch rivalry between the two sides from Manchester is one of the most promising modern day fixture and it will have involvement of two experienced defensive midfielders who have made a name for themselves – That Name will be tested this Sunday at Etihad when Manchester United visit Pep Guardiola’s Manchester City at 16:30 BST.

The in-game intelligence, tactical approach and greasing the game is shouldered on defensive midfielders.

They are the ones underrated in terms of reward but overvalued by the Managers who subconsciously know their role and importance.

Defensive midfielders do help attackers flourish in opponents half & aid defenders in their blunders. Hence, to have a world-class defensive midfielder is adhered as a requirement by both Pep Guardiola and Jose Mourinho.

They both have got one in the name of Fernandinho and Nemanja Matic, respectively.

To have blistering pace even at the age of 33 is an icing on the cake battered with experience. Fernandinho had been City’s top find in recent years.

Although a defensive midfielder, Fernandinho has proved worthy of providing assists and crosses with his box to box style of play. A defensive player with attacking attributes is always a ‘blessing in disguise’ for any Manager.

The Brazilian international has a long passing range successful in changing flanks more earlier than not and his powerful shots always scare the zeal of every keeper.

City’s consistency is a byproduct of all the qualities he possesses and capabilities he endures.

The defensive strength and steward on the pitch for City, Fernandinho has not only been available in the defence but has always been found in right space of attack.

His goal scoring creation abilities will hit the target if United’s defence falter as they always do.

A test of holding nerves for both defensive midfielders in a game of excess animation.

The Serbian international traditionally an attacking midfielder transformed himself into one of World’s best defensive midfielder playing for Benefica.

The giant is known for his ability to hold positions and screen through the possibilities of creating goal-scoring opportunities.

He caught the eyes of Mourinho under his stewardship with a tackle percent of 75, higher than many promising competitors, Ander Herrera, N’golo Kante.

Mourinho once said for Matic , “At this moment, he is a giant, not for his size but for the way he plays.”

For his heftiness and brunt physiques the left-footed midfielder is often compared to legend Michael Carrick.

The Serbian has shown his strength from the start of season and also his game sense too which was recently visible in the game against Juventus when he almost created a goal-scoring opportunity for Sanchez with his lurking pass into the box.