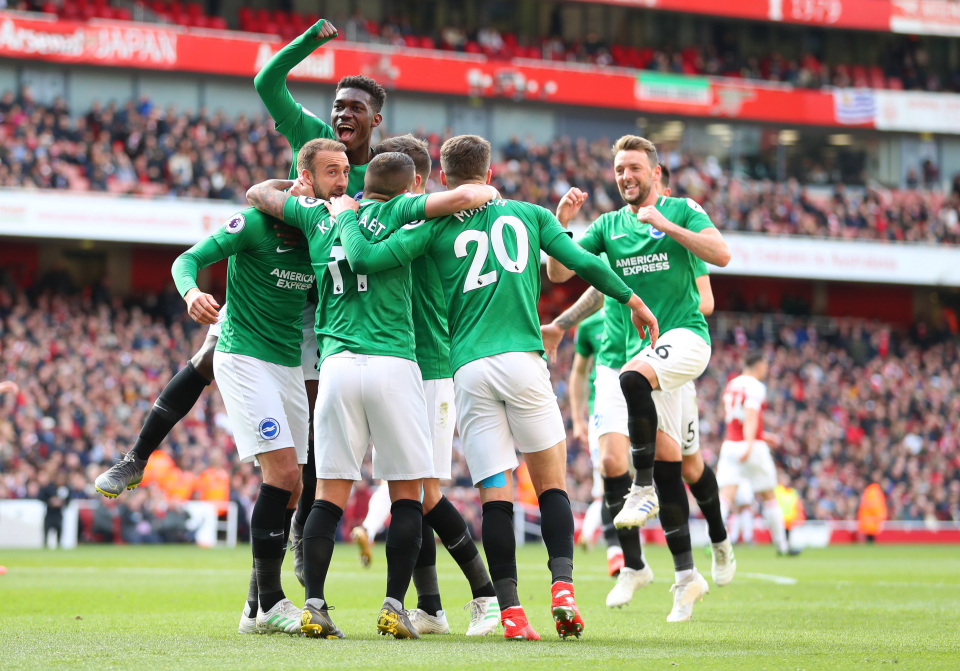 In the Premier League, Manchester City has fallen to only 4 teams this season. Can Brighton & Hove Albion become the fifth? Liverpool fans would be hoping so, even a draw would do. The Premier League title end in Sunday afternoon has gained taste promising us a last minute finish for title.

We travel to Brighton with our heads held high and expectations higher. There are a dire chances that Brighton could beat us and since the formality of talking impossible stuff has to be obeyed, I will tell you all few things that can keep us at bay from the title even after nearing the shore.

Be accurate, be offensive

Brighton would have to be offensive in their approach and accurate with shots. Remember the loss to Crystal Palace, this is what they did to clinch a 3-2 victory.

In the first half they scored 2, both being shots on target. The hosts would require a enigmatic performer too, someone who can produce a magical shot like Townsend did.

Defend your lives out

Defend the way Swansea City did against Manchester, if you want to stop these group of attacking intellectuals. Swansea had nearly pulled out a stunner but for Aguero’s magic they could not be on winning cause.

The same way Brighton will have to help Liverpool, falling on every shots City target and not being afraid to bring the body behind.

We all know what Raheem and Aguero can do, but these under-noticed stars of City have done more wonders that not. The namesake create so many chances, difficult to count the same way they are difficult to stop.

Bernardo, especially and lately so have turned into a pure class. The right wing it will be that Brighton will have to don if they don’t fear losing.

The cries of “never give up” should reverberate around the souls of every Brighton player and fans too if they want to see City succumb. Don’t forget that City players are humans too and have holes to break.

If Newcastle’s game can do any good, remember that and step into the pitch. Rafa Benitez’s side it was who won the game in last 10 minutes against City which Brighton if behind are capable of.

READ: On the Evening of May 12, Where will the fireworks explode in England?

READ: Trophy Plans for the Last Day of the Season