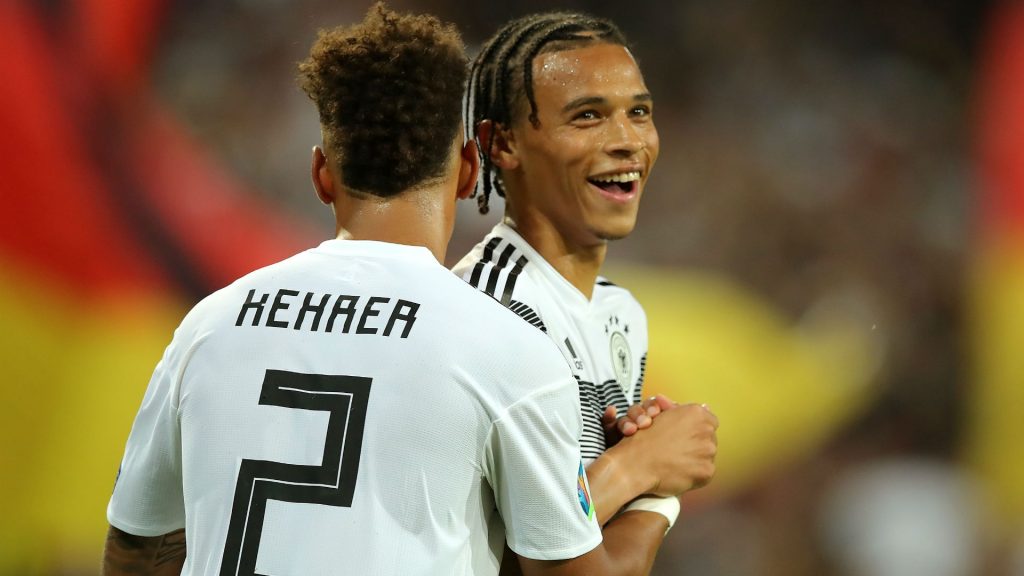 Leory Sane has been hiding his future plans that whether he wishes to leave the Champions club for elevating his own career when asked after German’s thrilling 8-0 over Estonia .

The German Champions, Bayern Munich is in strong urge to grab the talented winger but Pep Guardiola does not want to depart him anywhere.

Bayern Munich is seeking agile strikers after following the departure of their legend players – Arjen Robben and Franck Ribery. Thus chances of Sane to lead the German club with his wonderful prowess could raise him one step higher in his own admiration.

Whereas, in Manchester City with the likes of Sergio Augero, Raheem Sterling, Kevin de Bruyne and Bernardo Silva he gets meager chances to come out of coal and shine as a diamond. Also, Pep is not willing to outlay any amount on strikers as he has already got abundant skillful players with him.

Therefore, whether the German chooses his nationality club or not, Pep Guardiola wouldn’t seek any replacement for him if he voluntarily chooses to depart.

In my opinion, transferring to Bayern Munich can open several doors for the German winger. Besides being the spotlight , he can play for his nationality club as well.

And for the cause of domestic treble winner, Manchester City, there’s nothing to worry about because they wouldn’t mind losing one of their own as they have enough efficient strikers on their list.