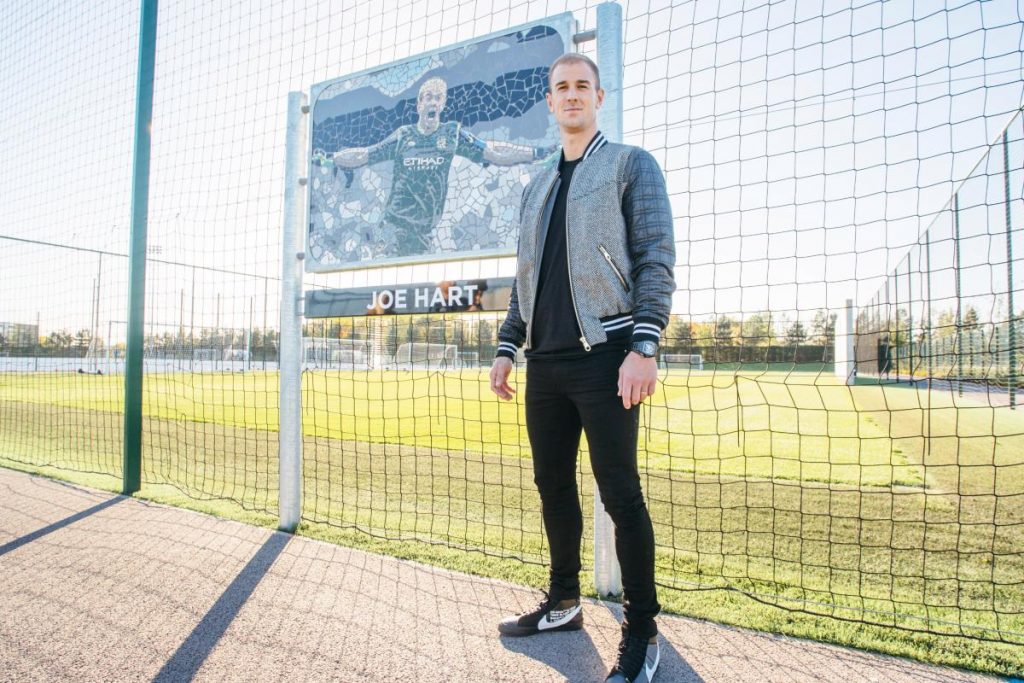 Manchester City’s legendary goalkeeper Joe Hart was recently honored by Manchester City when training pitch was named after him and cherry on the cake – He was welcomed with respect and love by the emotional crowd at Etihad when he returned with Burnley for the first time since leaving in the summer.

Joe doesn’t need an invitation, does he?

We would like his presence in the stands every match, I would personally love watching him turn up every Saturday in the Blues supporting his beloved Manchester City and he has just been given an official license to do it.

Joe Hart was presented with a lifetime season ticket to the Etihad by club chairman Khaldoon Al Mubarak. It seems to be a common practice at Manchester City, to treat legends with respect after fellow legends Pablo Zabaleta and Yaya Toure were also handed season ticket for life.

The former England number one, as quoted by the Manchester Evening News, had the following to say of the honor:

“Khaldoon [Al Mubarak, City’s chairman] presented me with a season ticket for life. He said, ‘You won’t need it for a while.’ But I want to watch Champions League football. I’ll definitely go and watch City if I’ve not got a game on. I was trying my best to see everyone but I physically couldn’t. I didn’t get to see Stonesy [John Stones] and Vinny [Vincent Kompany] apart from on the field. We’re friends. I ended up having to ring a few people, and say, ‘Listen, I’m sorry I didn’t get round.’ ”