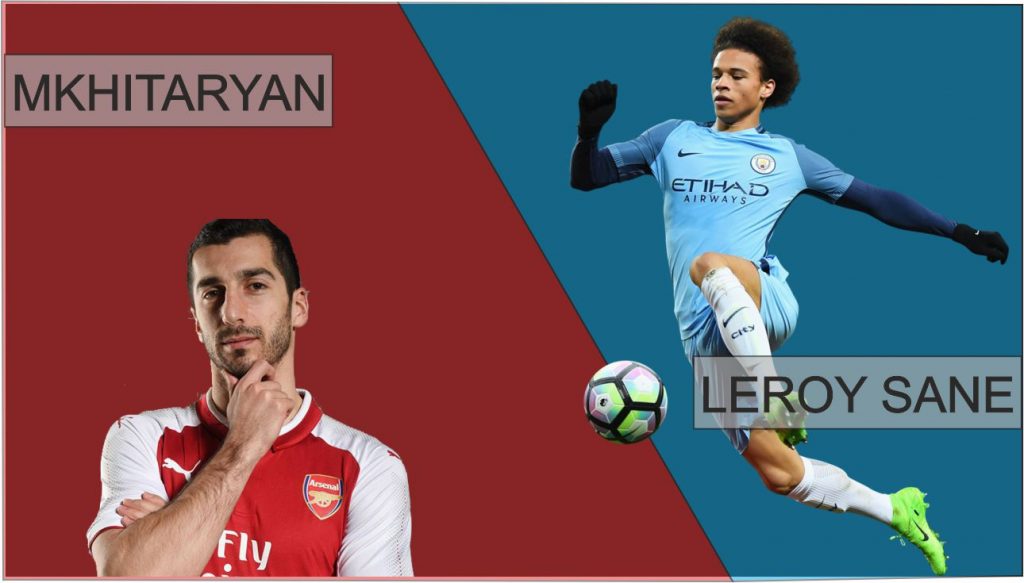 The Gunners will be out for revenge when Manchester City will travel to Emirates Stadium this Thursday.

Both the clubs boasts handful of big names in the team sheet. Mancitycore will today analyse another Key Battle ‘Mkhitaryan vs Leroy Sane’ that supporters will have to look out for this Thursday.

Arsenal missed Henrikh Mkhitaryan in the Carabao Cup Finale as the Armenian International was cup tied. But Mkhi is back and he has to play an important role if Arsenal are to beat Manchester City.

Mkhitaryan may cause City problems with his passing and ability to cut defence. His chemistry with Aubameyang will even play an critical role in the offensive side of Arsenal’s game.

Mkhitaryan is even known for his creativity on the pitch and his current form plays a genuine threat to Pep Guardiola’s Manchester City.

Leroy Sane’s talent is unquestionable. He is a beast going forward and can become a threat at the Emirates Stadium.

He is known for his link-up play and his impressive performances in oppositions half have earned him high compliments.

Manchester City winger Sane loves to run at opposition penalty area and with his dribbling potential and delivering exquisitely perfect passes, he join in with attacks.

He will be one of the key men for The Blues to come at the top of the match and in the big games like this the control of ball is the key to success.