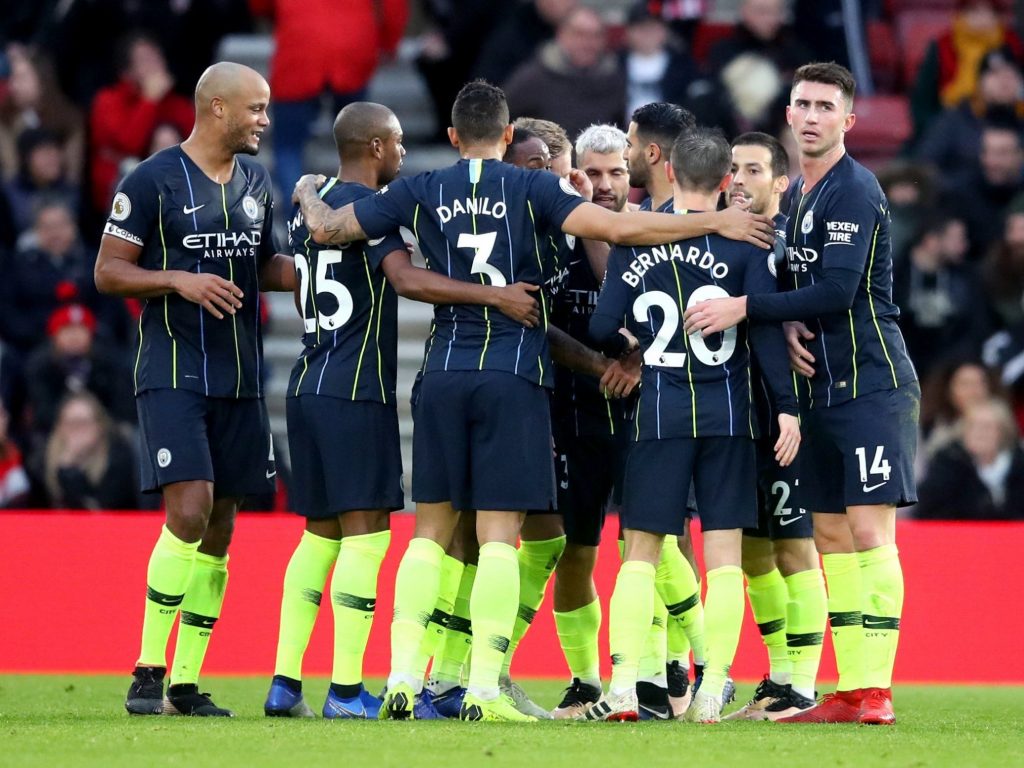 Manchester City know how to win trophies, and anyone who even remotely follows English football knows this. And when it comes to Manchester City winning trophies when the odds appear to be stacked against them, they seem to thrive even more. With the new year bringing with it the half way point of this season’s Premier League campaign (as well as a proverbial tonne of fixtures to come with it), today we look at how Manchester City can go on to be crowned Champions of England for a second successive season; despite being four points behind league leaders Liverpool.

City’s festive fixture list has been one to forget for fans, as it has seen the Blues loose three Premier League games in eighteen days. The ramifications being that City went into their crunch match with Liverpool on January the third seven points off the pace at the top. The fact that City got result they needed meant that the gap at the top was then cut down to the four points we can see today – and it was exactly the performance Guardiola would have wanted too, as it reinforced the fact that when City play with courage, tenacity and drive, they are unbeatable. So as we enter the latter stages of January and on into early February, will this team be able to sustain this fire power that they have shown in recent weeks?

Well, City next play in the Premier League on the fourteenth of January at home to Wolves, a fixture that proved tricky for Pep’s men in the reverse meeting back in August of 2018. Although, one could argue that City playing at the Etihad is normally a much more confident and relaxed City… But Wolves will still put up a challenge, and like Pep has said before, City take the Premier League ‘game by game’, so there will be no room for complacency come match day against Wolves. Title competitors Liverpool on the other hand play Brighton away on the twelfth, meaning that City could find themselves seven points off the pace again by the time the Saturday fixtures have been played. 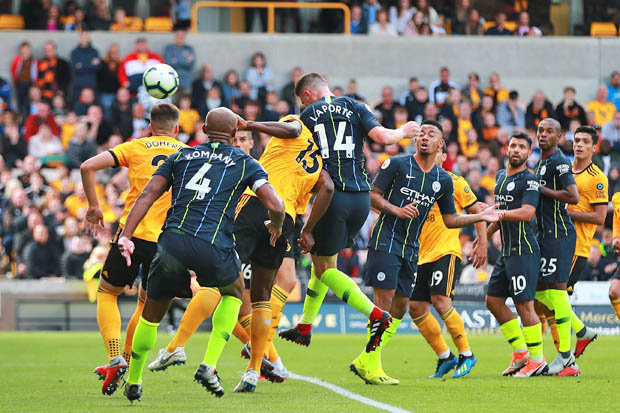 Of course this is to be taken with a bit of a pinch of salt as City will of course have their game in hand, however the onus will be on City to make sure they at least keep that points gap with Liverpool as minimal as possible at this stage of the season. Who knows? Brighton could prove too much for Liverpool on the day, and City may even have the chance to trim the gap down to a single point by the time it comes to play their next Premier League game. This is the beauty of the game.

It could be said however that Liverpool do have an ‘easier’ run in than the Blues on paper, as their last four games in the Premier League are Cardiff (A), Huddersfield (H), Newcastle (A) and Wolves (H) – whereas City’s by comparison are Tottenham (H), Burnley (A), Leicester (H), and Brighton (A). The fact that Tottenham are also fighting to keep pace with the top of the pack will also be an indication to how this fixture is played out too. If there are still only six or seven points separating three teams at the top of the league at the end of April, each of these fixtures will become as important to win as the last. Having to play Spurs and Leicester in the space of potentially only two weeks could prove decisive in how City end their campaign, as of course, the Blues have already lost to Leicester this season.

Like I’ve mentioned previously however, Pep is no stranger to a challenge, let alone a title challenge. And even if it seems like his team are in a relatively acceptable place at this stage in the season (being only four points behind the leaders having lost three games in one month), he will be telling his players that ‘every game is a cup final’ from here on in. It is a statement that City fans may be used to by now, but it is one that certainly rings true at this stage of the campaign. It might even be a situation that Guardiola looks to previous seasons for inspiration as well, if he even needs it that is. Pep had a notably difficult first season at the Etihad, as City finished third in the 2016/17 season – but it was always the positives that he managed to take from even the most surprising of results that season that allowed him (and of course his squad) to improve drastically for the next campaign – where City famously went on to become the first team in Premier League history to amass one hundred points from thirty eight games. This kind of optimistic mindset that Pep so consistently adopts will be crucial towards the tail end of the season, as it will also instill positivity into everyone else at the club by proxy.

Both Liverpool and Tottenham fans will also be waxing lyrical about their managers as well, and they would be right in doing so, as both Jürgen Klopp and Mauricio Pochettino have worked wonders at Liverpool and Tottenham in recent months. This is exactly what has allowed the top three positions in the Premier League to be so competitive and malleable as well, the fact that none of these managers want to lose, or even draw their next game; in the knowledge that so much as a single dropped point could sway the chances so heavily in another team’s favour. In recent years, since Guardiola and Klopp have taken over as head coaches of City and Liverpool, it has seemed to be this particular match up that has caught the attention of Premier League neutrals across the globe. This revived Bundesliga rivalry is one of the more plausible suggestions as to why many are considering this year’s Premier League season to now be a two horse race, as it tends to be the Spaniard and the German who are grabbing a lot of the competitive headlines. 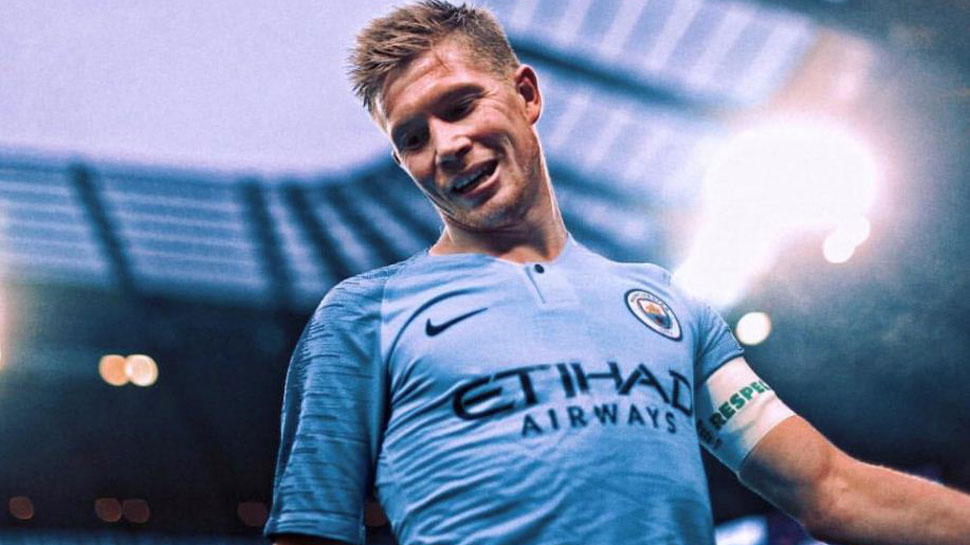 If you ask anyone in the loop about what City’s strongest advantage would be over the other teams in the title race this season, one of their answers would probably be to do with their squad depth. As any City fan will know, they have just had a huge boost recently in the form of Kevin De Bruyne returning from fitness, and for City fans, it couldn’t have come soon enough. Not to mention the recent return to form of Sergio Aguero and now, even Gabriel Jesus is scoring when he isn’t on form (featuring in the seven nil thrashing of Rotherham in the FA Cup). This coupled with the fact that Aymeric Laporte seems to currently be having the season of his life right now, and that Ederson is looking as calm and reassured as always, could mean trouble for the other teams in those top positions in the league. And like I have eluded to previously, City are not a team that shy away in the face of a good battle, and this particular battle looks set to last a little longer than it did last season…

But with now only six points separating the top three teams in the league, it really is anyone’s trophy to lose at the moment. Only time will really tell where this one will end up come the match week thirty eight on May twelfth.

READ: Raheem Sterling has to be more clinical