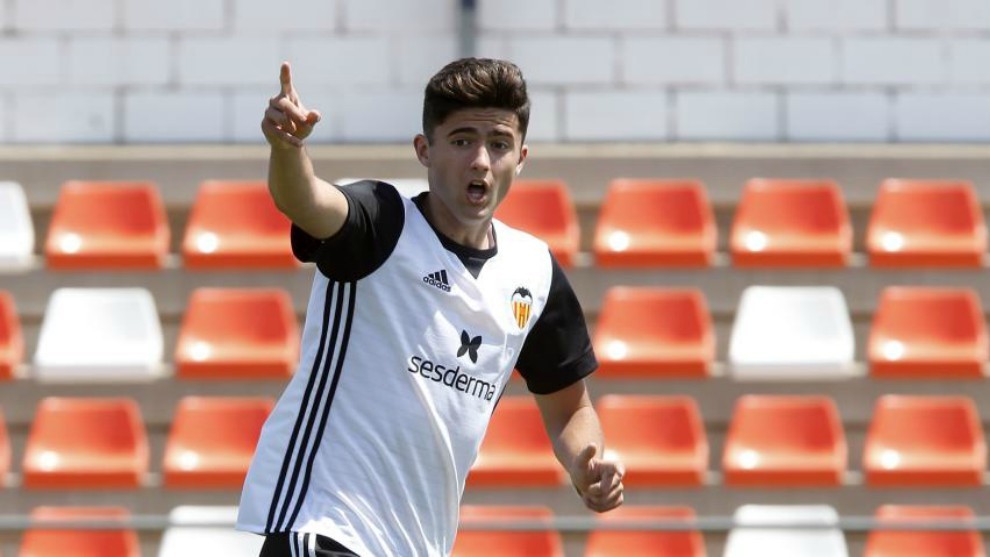 Another Day and Manchester City are linked with another highly rated starlet with a move to Etihad.

Jordi Escobar is only sixteen and is already integrated with training alongside first team on regular basis. He was also named in Valencia’s Champions League squad earlier this season, although is yet to make his debut for The Taronges.

Spanish giants Barcelona and Real Madrid are also looking at a potential move for Escobar, but it’s said that Pep Guardiola and City are leading the chase hoping to conclude the deal as soon as possible.

Escobar was signed by Valencia from Espanyol in 2015, is under contract until 2022, with Marca claiming he has a huge €80million release clause to his contract at Valencia.

Jordi was highly impressive for Valencia’s U16 team at the Dream Cup in Japan. The highly rated striker was actually the Cup’s top scorer and his performances led the gaffer to integrate him with the first team squad.

“We have high hopes for his future and the present,” said Valencia boss Marcelino in the summer.

“It gives me great hope to come to a team like Valencia and play with the first team because being here motivates you,” Escobar told the club’s official website in June.

Though considering Jordi’s age, City can still get the deal done for only a fraction of his buy out clause, if they act sooner rather than later.

“I have to thank the coaching staff for bringing me on pre season and everyone has been very good and humble and helped us kids adapt to the group.”

Juventus, Real Madrid and Arsenal have been interested in his signatures lately but City are leading the race as of now.