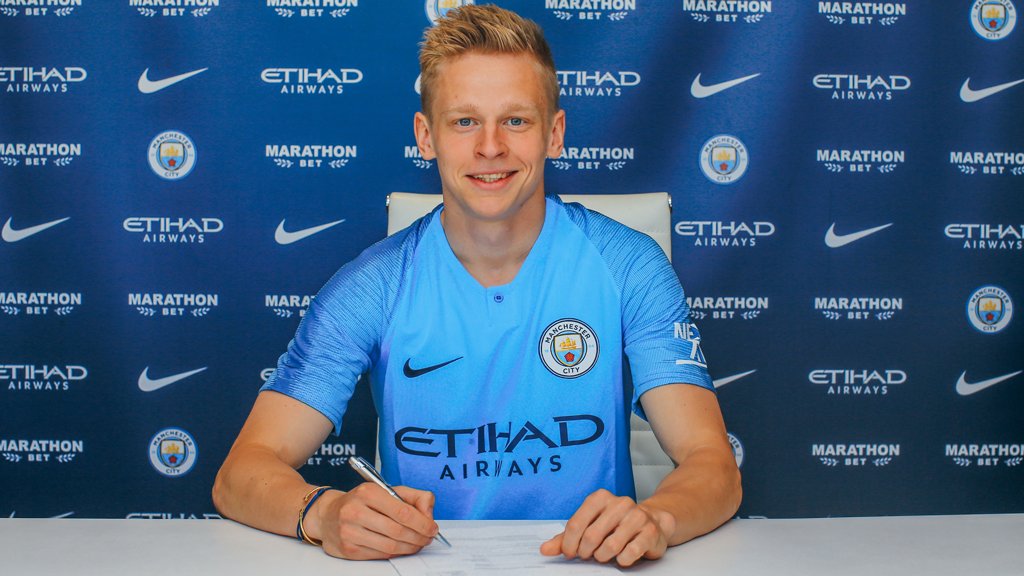 Ukrainian defender Oleksandr Zinchenko has officially signed a new three-year contract extension with Manchester City which will keep him at the club until 2024.

The Premier League champions have made it clear that they are not looking to sign any fullbacks in the summer transfer window following the new contract extensions that Kyle Walker and Oleksandr Zinchenko have signed at the club.

“It’s difficult to express how happy I am to sign this deal,” Zinchenko said. “This Club offers players everything they need to improve and develop, so being here for five more years is an honour.

“This season shows we are built for success. It’s been amazing to be involved in such a historic campaign and it’s one I’ll never forget.

“But I am now completely focused on the coming years and I know more good times are around the corner.”

Zinchenko’s story at Manchester City is something that many can learn from as almost 12 months ago, the 22-year-old seemed to have no future at the club. Last summer, Wolverhampton Wanderers and Manchester City agreed on a £16 million transfer fee for Zinchenko but the player himself decided to stay at the City of Manchester Stadium to prove everyone wrong.

With Benjamin Mendy’s unavailability, City boss Pep Guardiola turned to Danilo and Fabian Delph as the backup options for the French left-back. Quite certainly, the two weren’t able to match up to the quality of Mendy but it looks like there is another candidate who is ready to step up and fill in the void at left back for the future in the form of Oleksandr Zinchenko.

Before January, Zinchenko managed to start just three Premier League games but following the 6-0 annihilation against Chelsea on February 10th, the young defender remained a regular for the rest of the season helping Manchester City win the title and avoid any slip-ups in a crucial final part of the campaign.

Zinchenko also started in the League Cup final and the FA Cup final when Manchester City tasted success against Chelsea and Watford respectively to become the first team in England to complete a domestic treble.