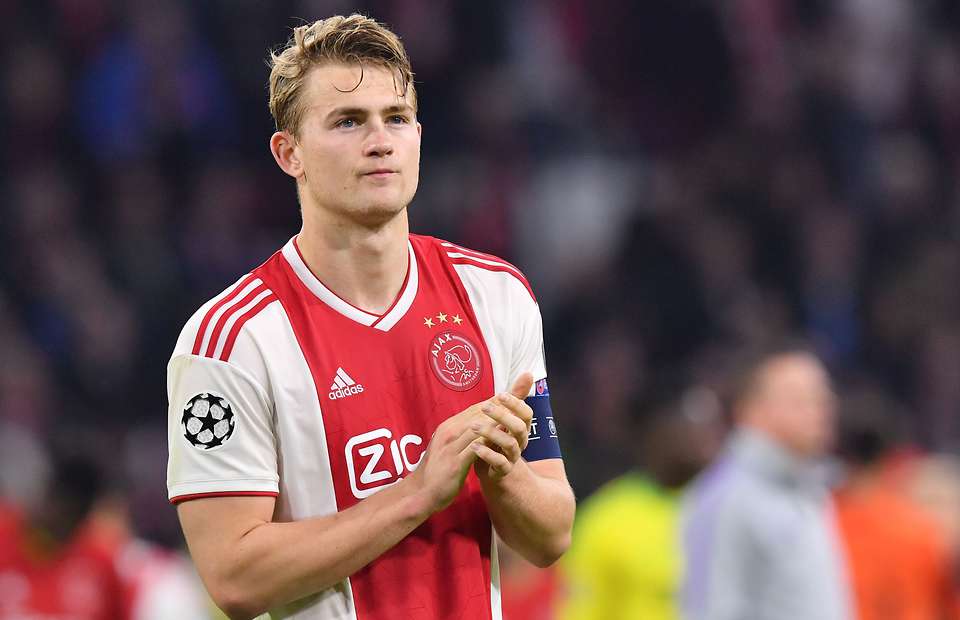 Matthijs De Ligt has become a respected and most sought centre-back this season. The Dutch defender has gained a lot of fondling from Manchester United and Barcelona, later being the favourite of two. But there’s another team interested in De Ligt. Manchester City it is.

The Ajax captain performed incredible both as a captain and player in the Champions League Trophy and led his side to the Semi-final after they were beaten in a thrilling second leg comeback by Tottenham Hotspur.

De Ligt has recently confirmed that his options are not limited to United or Barcelona, thus chances of City seem bright although a little.

“Where do I see myself? Well, obviously the Premier League is a big competition, Spain also,” De Ligt told reporters from a Netherlands training camp.

“But you have other competitions, it’s not just about those two.”

“I still don’t know anything about where my future is, so I’ll see how it goes. First we have to play two games and then after that I will see what happens next.”

As Pep Guardiola wants to rejuvenate his team for a better performance in the upcoming season, therefore Matthijs de Ligt chances are high for an extravagant bid due to his dominating leadership qualities along with footballing prowess.

With Matthijs on board , the defensive area would be challenging to flummox and surpass us, hence it would provide a bit of relieve for City board who have recently lost a big man in Vincent Kompany. Besides, the player is just 19 years old and has already experienced alot in his career which gives us a reason to bid more.

The player is young, filled with zeal and aspirations of achieving greater heights should fall in line for the Manchester City club as he could then compete along with the world greatest players and would have to confront newer challenges – quick passing, tackling agile strikers and bringing out the updated version of himself.

The speculations are high and nothing can be said as of now. Can Pep Guardiola lure away the talented young-star ? Or will it be some other club gaining the richness of this precious jewel.