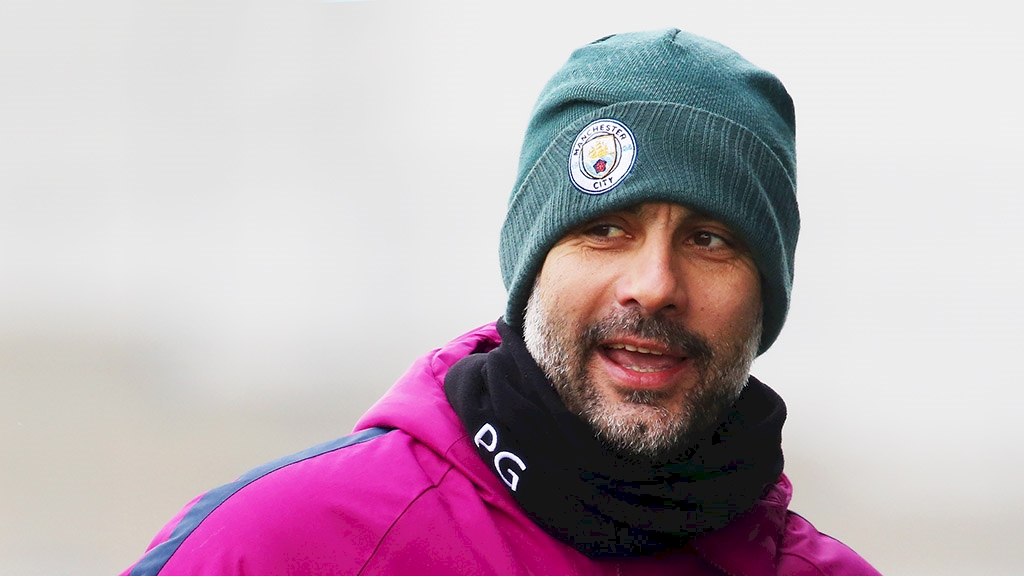 Ahead of Champions League against Basel, The Boss Pep Guardiola was joined with Ilkay Gundogan at the CFA.

According to Pep, Fernandinho who picked up hamstring strain in Carabao Cup final and Sterling who has not featured since first game against Basel are close to return but the UEFA clash with Basel may come too soon for them.

Benjamin Mendy has returned to training after a lengthy spell out suffering with cruciate knee ligament damage.

“Ferna is much much better, as is Sterling. Maybe tomorrow they won’t play but they may be ready for Stoke City. Mendy is back but he’s been out for six monhts, we have to be careful,” said Guardiola

Despite a lead, Pep insists  there will be no room for complacency against Basel.

“Tomorrow we start again from zero,” Guardiola said. “In knockout games you have to look at what you have done in the first game.

“We have to be focused not to make a mistake. If you are focused on what you have to do on set pieces and you control the game, you will go through.

“The Champions League is something special, you have to be focused. But in football, anything can happen.”

He added: “We have won more games so we have confidence. Last season were were more up and down.

“This season we have won a lot of games so we have more confidence and are at a more stable level. Always there is time to learn and tomorrow is good test to learn how to handle a good moment.

“How we control the game, how we create. Maybe tomorrow it’s more important nothing happens but we don’t concede, set pieces or counter attacks. We play simple. It’s a good moment to see how we can handle the situation for our future.”