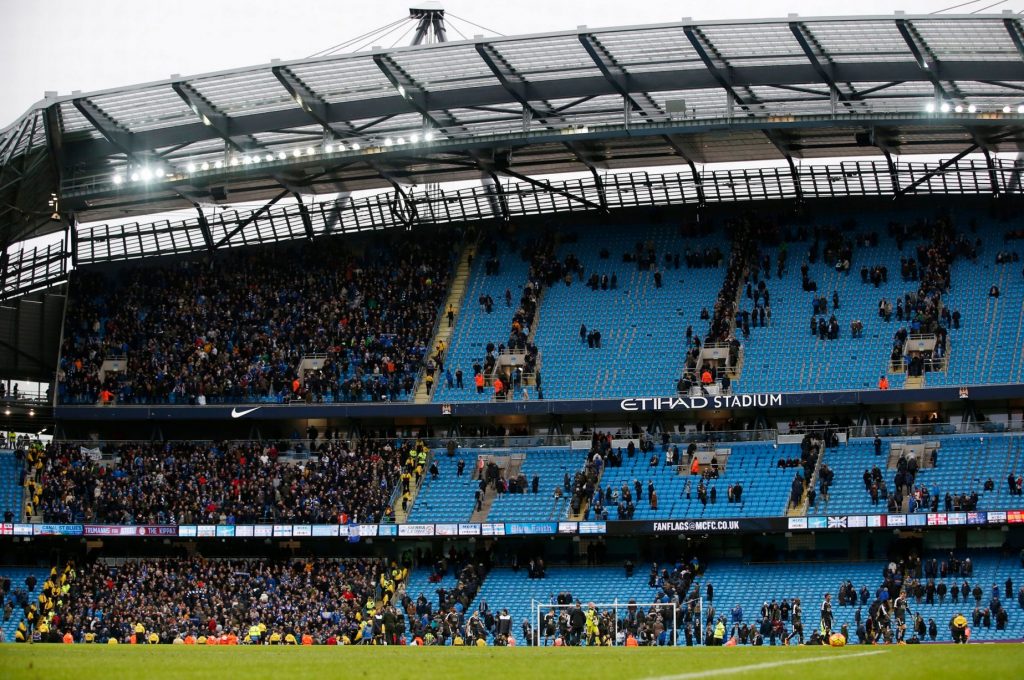 Manchester City are scheduled to face Liverpool in the quarter final of UEFA Champions League in the upcoming two weeks of April.

Despite City’s sensational season, Manchester City are struggling to sell out their Champions League clash against Liverpool.

Premier League Leaders will host Liverpool in the second leg of the tie on April 10. Tickets went on general sale on Monday, and seats are still available a couple days later.

In contrast Liverpool found it exceptionally easy in selling tickets of first leg of the tie on April 4. In fact, Liverpool supporters were left disappointed after the tickets were snapped up in the blink of an eye.

The two English side have never met in European Competitions.

Both sides will go into their two-legged game full of confidence after the results earlier this campaign. Both winning their home games – that defeat was the only league defeat of the campaign for Blues.