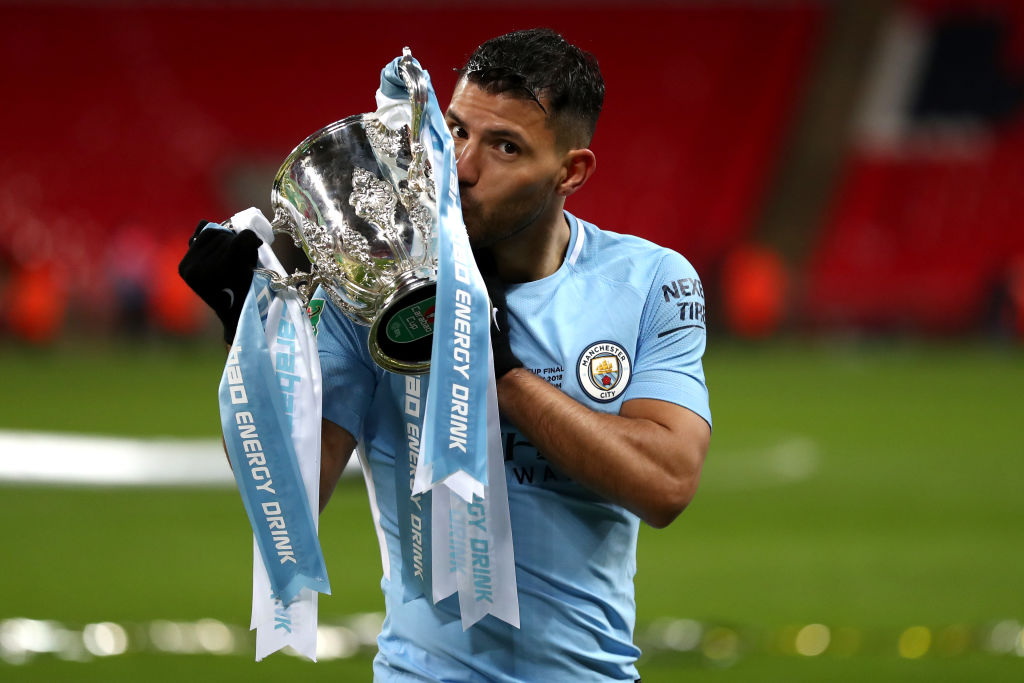 After securing the club’s first trophy of the season, Manchester City already switching their track on Premier League.

An amazing long-ball from Claudio Bravo to Sergio Aguero in first-half and he lobbing Arsenal keeper David Ospina gave his side a lead against the Gunners in Carabao Cup final.

A dominant display in second-half helps City to secured the club’s first trophy of the season.

But rather than bask in the glory of the achievement, Manchester City top scorer said now to focus on the Premier League game away at Arsenal on Thursday.

“For me and for the team it is always a special trophy. We are happy and I am very happy,” said Sergio.

“It’s important for us as a team and for Pep and the club to win the Carabao Cup but now we want to keep going.

“We were better than them and we can celebrate. But now we have to focus on the next game away at Arsenal on Thursday and to think about the Premier League.”

What Aguero said about the goal: “For me there was no foul, a bit of a touch. I am happy because it was a goal.”