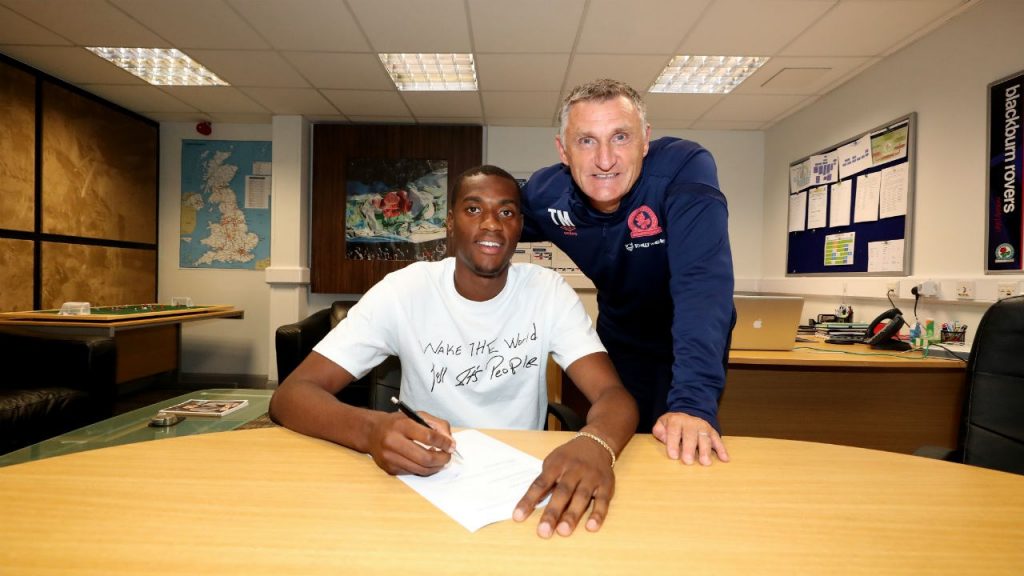 Manchester City starlet Tosin Adarabioyo has completed his season-long loan move to Blackburn Rovers. Adarabioyo will be Rover’s fifth arrival of the summer.

The towering City defender spent last campaign at West Bromwich in the Championship making thirty-six appearances and helping them to a playoffs place.

Adarabioyo, who possess aerial abilities and leadership skills has been with Blues of the Manchester since he was five.

Tosin made his City first-team debut against Chelsea in 2016, which was followed by four Champions League appearances and penning new City contract in June 2017.

Adarabioyo lined up against Rovers in both the occassions last season , but this time round he will don the Blackburn badge to take on Championship.

“It’s been over a week now since the talks really began and I’m just pleased that everything’s been sorted out,” the defender told iFollow Rovers just moments after signing.

“I remember playing against Rovers last season for West Brom and they were two very difficult fixtures.

“I think the way that the gaffer wants to play, it really appeals to me. When I heard of the interest my mind went back to those two games against Rovers.

“I think that it will definitely be a good partnership. It’s nice for a player when a manager has you down as his first choice.”

Last season was Adarabioyo’s first run of regular minutes at top level and he hopes that games will continue to come as he targets to cement his spot in the Blackburn backline in the upcoming campaign.

“Playing games, whether it’s twice a week or once a week, it’s all you want to do as a footballer, so hopefully I can replicate that this season in the Championship,” the towering centre back added.

“It was a big learning curve for me at West Brom and a different sort of game from what I’m used to. I felt I adapted quite quickly and really did enjoy the season.

“I learned a lot of things from the gaffer there, Darren Moore, and the rest of the players.

“Having been in the division before, I feel I’m ready to get straight into it again and show everyone exactly what I can do.

“I’m at the stage of my career where I have to be playing every week and show my quality.”

Wish best to his development and his time at Ewood Park!