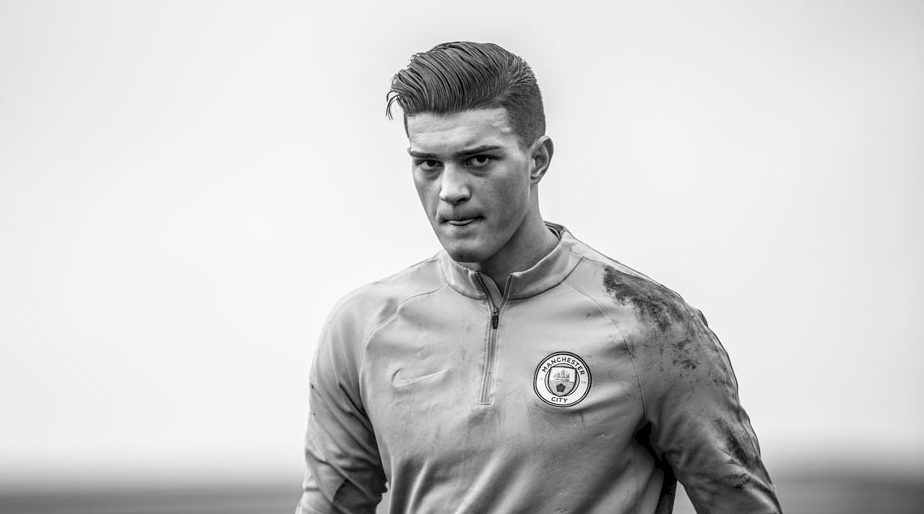 With Manchester City stand in goalkeeper Claudio Bravo potentially out for the season, the Blues received permission from NAC Breda to recall Aro Muric.

Claudio Bravo ruptured the Achilles tendon on his left-foot in training earlier this week, leaving Manchester City with only 20-year-old Daniel Grimshaw as back-up for Ederson.

Muric will return to Etihad after making just one appearance for NAC Breda, where he kept a clean sheet in his first-team debut on Saturday. The 19-year-old goalkeeper was the part of Man City’s US pre-season tour before joining NAC Breda on a season-long loan this summer.

“Due to the injury of the second goalkeeper, Manchester City came into a situation that we had not anticipated beforehand,” NAC Breda technical director Hans Smulders said.

“Despite looking at other solutions, we eventually had to decide to return Aro to Manchester. Having a partnership also means that you try to help each other in these situations.”

Guardiola will pick between Grimshaw and Muric for a place on City’s bench for this weekend’s game against Wolves.

However, the 19-year-old goalkeeper spent last season training with City’s first team squad, putting him ahead of Grimshaw in his development at the club.

But, Who is Muric?

A modern shot-stopper is known for his superb reflexes and saving abilities. He is excellent with the ball at his feet.

Muric was a regular for Under-18s during 2016/17 campaign, City finished unbeaten as U18 Premier League North champions with Ari Muric making 18 league appearances.

Muric has been recalled from his loan spell at NAC Breda, with Claudio Bravo injured in training and ruled out for considerable amount of time – Ari Muric is all set to act as back-up goalkeeper for The Cityzens.