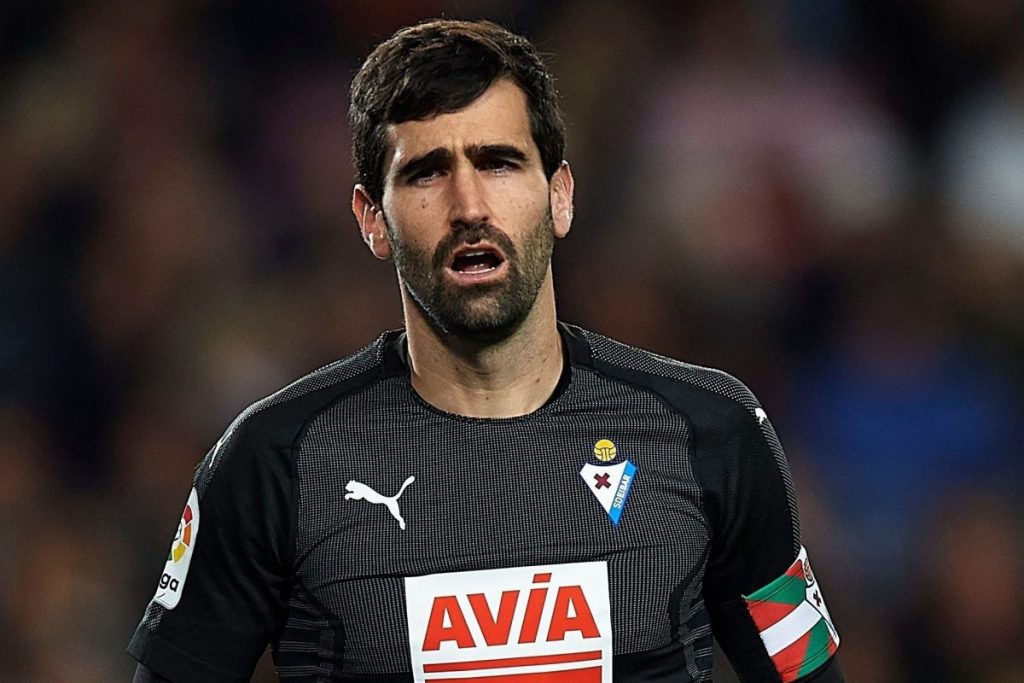 Reports from the Sun claims that Manchester City are moving for Spanish veteran and Eibar goalkeeper Asier Riesgo this summer.

A long-term injury to Manchester City stand in goalkeeper Claudio Bravo last season has forced Arijanet Muric to return early from his loan spell at NAC Breda. However, the manager Pep Guardiola is lining up a shock move for shot-stopper Asier Riesgo as it would allow Aro Muric to go back out on loan again, with Nottingham Forest interested in a season-long deal.

Riesgo, available for free is seen as perfect keeper to come in and would be regarded as third option, providing back-up option to Ederson along with fit-again Claudio Bravo.

Riesgo, who will turn 36 years of age in October made a total of 65 league appearances during the last four years at Eibar