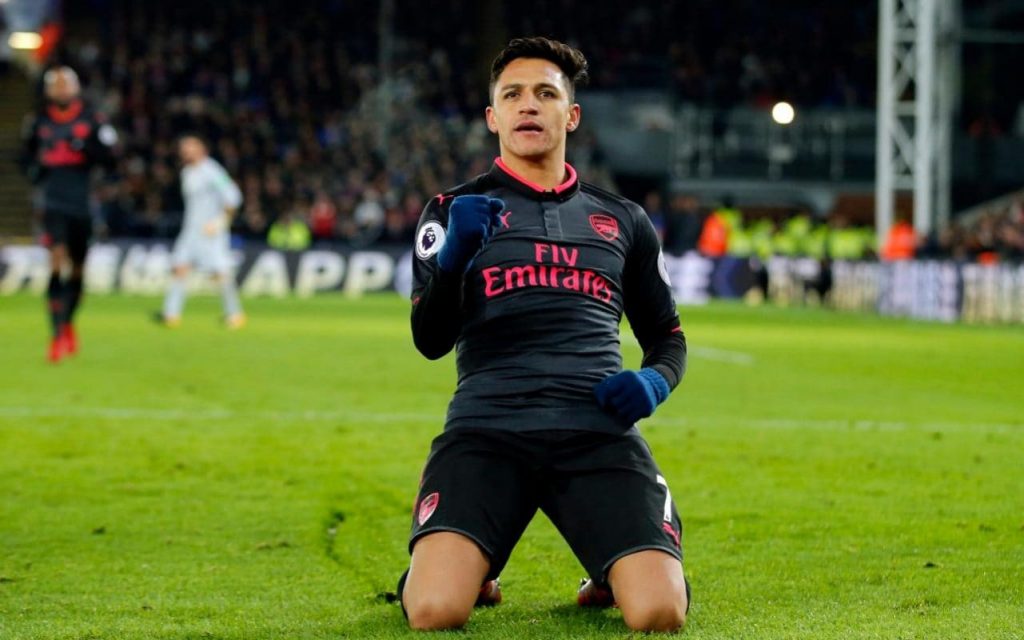 Whether a slip of the tongue or transfer hint, Kevin De Bruyne admits Alexis Sanchez will add something to the Manchester City squad, if he completes his switch in the January transfer window.

When asked about the possibility of the Chilean moving to the Etihad, De Bruyne said:

“(He is) a very good player. Obviously we will see what happens in this transfer period.

“If a good player comes to us that is better, if he doesn’t come we do it with the team we have. We are on a good period already – the whole season. Everybody is doing a good job.

“When he comes he will add something to the team.”

Neither City or Arsenal have commented on a potential January move.

Alexis Sanchez if completes his switch this January transfer window he could be added to Pep Guardiola’s FA Cup and Champions League squad.