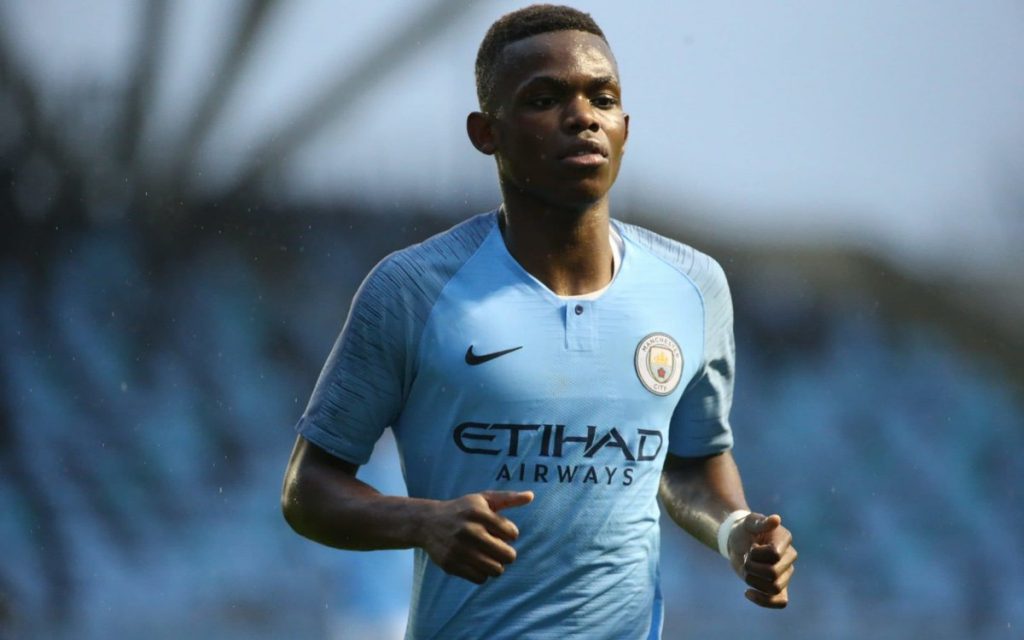 Days after the exit of a promising Manchester City talent Brahim Diaz to Real Madrid, Rabbi Matondo, another Manchester City sensation is nearing early exit from the club. The teenager is speculated with a move in Germany where he will be signed by Bundesliga club Schalke 04. The transfer fee is reported to be in and around £12 million. Before him, last year, Jadon Sancho made a move to Borussia Dortmund and has been a treat for Bundesliga leaders, helping them win games day in, day out.

After Sancho and Diaz, Matondo is set to make a City exit. The player was recently spotted in Germany at Dusseldorf airport on Monday night ahead of completing the move.

If the move is done and dusted, it will be not long before Matondo makes appearance against his former club. Schalke have been drawn out to Manchester City in the Round-of-16 of the Champions League, and if the player is signed by German club, he will feature against the team he used to play with, often.

Apart from being spotted by the cameras in Germany, the exit of Rabbi was also hinted by Guardiola in recent interview.

“This club is working so good,” Guardiola said. “All the players in the academy, we trust them. If they want to be patient, they stay, if they want to leave, they leave.”

Bundesliga has made a habit of signing young English stars and it will be helpful for Rabbi Matondo to sign for Schalke which will help him get some real senior game experience.

READ: Players That Got Away from Manchester City After Brahim Diaz Departure